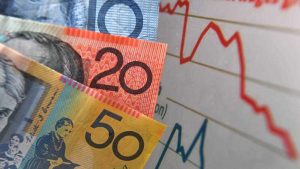 Unions have condemned a move by the NSW government to cut the public sector wage cap to 1.5 per cent but have ruled out industrial action during the coronavirus pandemic.

In order to save billions of dollars following due to the COVID-19 economic crisis, the state cabinet agreed on Monday night to reduce the cap for public servants ahead of this month’s budget.

Public sector wage rises had, for almost a decade, hovered at 2.5 per cent, though that had already been temporarily cut to just 0.3 per cent for the next 12 months.

Treasurer Dominic Perrottet defended the state government’s budgetary decision to cap public sector wage increases at 1.5 per for the next three financial years as a “generous policy”.

Mr Perrottet said the new cap struck a “fair balance” as the unemployment rate pushed past 7 per cent and private sector wages stagnated.

He said the new wages policy would allow the government to keep as many people in work as possible.

“I think if you look at our wages policy here in NSW, compared to anywhere else in the country, it’s completely fair and reasonable and very generous in the circumstances,” Mr Perrottet said on Tuesday morning.

“I think it’s a very generous policy… We don’t want to have a two-tiered society here, we’re all in this together.”

“The Treasurer is picking the pockets of workers to pay for his economic mismanagement,” Ms McKay said.

“The most powerful economic stimulus the Treasurer has is NSW’s own workforce. They spend what they earn directly back into their communities,” Mr Little said.

“The Treasurer has absolutely disrespected NSW public sector workers who stopped COVID-19 in its tracks.”

Unions NSW secretary Mark Morey said he was outraged by the government’s decision, but ruled out industrial action during the pandemic.

“In the current circumstances we have an ongoing commitment every public sector worker has had to make to keeping this economy open, [that] it ticks over and the people of NSW are safe,” Mr Morey said.

“We are not going to jeopardise that.”