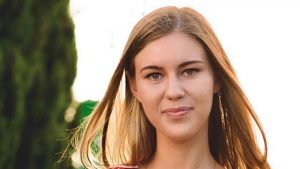 By: Jade Macmillan and Nour Haydar

The head of the Prime Minister’s department has paused his investigation into who within Scott Morrison’s office knew about a rape allegation at Parliament House, and when.

Former Liberal staffer Brittany Higgins alleges she was raped by a male colleague inside a ministerial office in 2019.

Mr Morrison asked the secretary of the Department of Prime Minister and Cabinet, Philip Gaetjens, to examine which staff in the Prime Minister’s Office (PMO) were aware of the allegation before it became public last month.

Mr Gaetjens told a Senate estimates hearing he put his inquiry on hold after speaking to the Commissioner of the Australian Federal Police, Reece Kershaw.

“This is to ensure that there is no real or perceived intersection between my administrative inquiry and the criminal investigation into Ms Higgins’ allegations,” he told the committee.

“Both the Commissioner and I are concerned that we do nothing that could prejudice the outcome of the police investigation.”

Mr Gaetjens said he had been “strongly advised” by Commissioner Kershaw to hold off on finalising his record of interviews with staff.

“This is for the benefit of Ms Higgins, Senator, this is not for me,” he told the hearing, prompting an angry response from some Senators.

Mr Gaetjens also revealed that he had informed the Prime Minister nearly a fortnight ago about his decision to pause the inquiry.

“And at that same time I also told the Prime Minister of that, just in case his staff asked him any questions as to what was going on.”

Mr Morrison was asked in Question Time last week about the status of Mr Gaetjens’ report but did not say it had been suspended.

“He has not provided me with a further update about when I might expect that report,” the Prime Minister told the chamber on Thursday.

“But I have no doubt the opposition will be able to ask questions of him in Senate estimates next week, which is the appropriate place where those matters can be raised with the secretary of my department.”

Earlier in the day, Commissioner Kershaw told a separate estimates hearing that Mr Gaetjens’ inquiry “may” hamper police investigations into the matter.

Asked by Labor Senator Kristina Keneally whether from a “policing perspective” the AFP investigation could “hamper” the police investigation, Commissioner Kershaw said:

“It may and that’s where I use the language ‘intersect’ with our investigation, so whilst I have the terms of reference we are not embedded in that inquiry, nor would we want to,” he said.

Senator Keneally then asked whether he had asked Mr Gaetjens to “alter the terms of reference, or to go slow, or pause his inquiry”.

“No, but that’s a decision he may wish to take but based on the conversation I’ve had as far as any intersect this our criminal investigation,” Commissioner Kershaw answered.

“I confirm I informed Mr Gaetjens on 9 March it was strongly advisable to hold off finalising the records of interviews with staff until the AFP could clarify whether the criminal investigation into Ms Higgins’ sexual assault allegations may traverse any issues covered by the administrative process he was undertaking,” he said.

“I support his decision to put on hold the process of finalising his inquiry. At this time, I support him not making any further comments on the process or content of his inquiry to avoid any risk of prejudicing the outcome of the criminal investigation.

“When the AFP has clarity about whether there is no intersection between Mr Gaetjens’ administrative inquiry and the criminal investigation I will contact Mr Gaetjens so he can move to completion of his inquiry.”

Questions about Ms Higgins’s allegation have dominated estimates hearings so far, with the opposition suggesting there has been a “cover-up.”

Senate president Scott Ryan declined to answer questions about Parliament’s response to the allegation, saying he “would not want to complicate any investigative activity underway or any legal action that may follow.”

He rejected a comment from Labor Senator Kimberley Kitching that “it looks like there’s a cover-up going on.”

“There are other fora where I have ensured that questions about matters that are broadly related to this have been addressed, they just have not been on the public fora,” Senator Ryan said.

“So I reject the idea, if it’s intended or otherwise, that in any way I’m participating in that.”