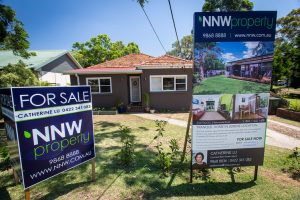 House prices across Australia have risen overall for the first time since the start of COVID-19.

Monthly data from CoreLogic shows that, as a collective average, the housing market experienced a 0.4 per cent rise in October.

It follows month-on-month average declines since the pandemic started shaking the nation’s economy.

“The numbers out today are quite remarkable,” CoreLogic head of research Eliza Owen said.

She said after five months of consistent declines due to COVID-19, this was the first increase in dwelling values nationally.

Ms Owen said the increase came as other data showed a rise in the number of house sales and an increase in listings in places such as Melbourne after an initial curtailment on auctions there.

“We also saw a sharp rise in consumer confidence, with the Westpac-Melbourne Institute consumer sentiment index up about 12 per cent in October,” she said.

Every capital city saw a slight gain, except for embattled Melbourne which is still losing value.

“In Sydney and Melbourne, the story is that housing prices are stabilising. In Melbourne, we’re still seeing declines, but the declines have rapidly shrunk,” Ms Owen said.

And while overall capital city markets saw a 0.2 per cent increase, it was Australia’s regional housing market that brought the nation’s average up, with its housing prices rising by 0.9 per cent in October.

Melbourne again has the biggest capital city decline, down 5.6 per cent. Sydney is down 2.3 per cent overall.

It is all swings and roundabouts, though.

Property prices in smaller capital cities have been rising, with the Top End’s capital Darwin the biggest performer. Values there have risen 3.9 per cent since the start of the pandemic.

There are also discrepancies in every city when you look more closely at the types of homes that are selling.

The price that homes are going for in Melbourne has declined by 6.7 per cent since the end of March, whereas the price of units, which includes apartments, has only declined by 3.3pc.

If you look at what the numbers have done over 12 months, the picture is also different. Not a single capital city market has seen an overall reduction in its average house price since October 2019.

Sydney’s annual property value has risen by a staggering 6.1 per cent.

“Year on year, it looks like COVID hasn’t had as much as an impact,” Ms Owen said.

“But there’s a few of factors in that. We’ve come off the back of a really strong upswing from halfway through 2019.

“What we should keep in mind is that negative economic shocks don’t necessarily always affect the housing market, because it coincides with a time when the Reserve Bank is trying to stimulate the economy by making the cash rate very low.

“The impact that has on mortgage rates tends to have an upward pressure on property prices.

“That’s a bit of a double whammy of course on people trying to get into the property market. Not only have incomes been impacted, but we’re seeing this upward pressure on prices.”

The October figures have been released ahead of what is expected to be a Reserve Bank of Australia decision to lower the country’s official cash rate to a historic low.

It already bottomed out in March at 0.25 per cent.

The CoreLogic figures came as data out of the Australian Bureau of Statistics (ABS) showed the number of homes and buildings being approved for construction rose by 15.4 per cent in September.

“Private-sector houses rose for the third consecutive month, increasing by 9.7 per cent in September.

“The September results indicate continued demand for detached housing following the relaxation of COVID-19 restrictions in most states and territories.”