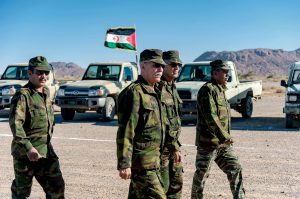 A United Nations brokered ceasefire between the Western Sahara and Morocco has been in place since 1991.

The 29 year ceasefire was thrown out the window on Friday when the leader of the pro-independence group Polisario Front in Western Sahara, Brahim Ghali, declared war on Morocco.

They accused Morocco of placing a roadblock stopping access to Mauritania which the Polisario claims is illegal because it was built in breach of the 1991 United Nations truce.

Attacks were launched on Friday from both sides but it remains unclear how many were involved and if there were any deaths or casualties.

Prime Minister Saad Eddine El Otmani said there had been only “skirmishes and sporadic fighting” in recent days as concerns grew that a long-frozen conflict could reignite.

“Up to now, there is nothing to worry about along the security wall and in the Moroccan Sahara in general,” he said.

There are, however, rejections against Morocco violating the ceasefire, according to a statement from the foreign ministry.

“Morocco remains firmly attached to the preservation of the ceasefire, noting that the operation carried out by the Royal Armed Forces aims precisely to consolidate the ceasefire by preventing the recurrence of such serious and inadmissible acts that violate the military agreement and threaten regional security and stability,” the statement read.

According to the United Nations spokesman Stephan Dujarric, there are still reports of “shots being fired during the night at various locations along the berm”.

The citizens are calling for swift action from the United Nations to ensure a war does not break out.