WHAT IS GOING ON IN SYRIA IS BEYOND OUR COMPREHENSION

The airstrike targeted a market. 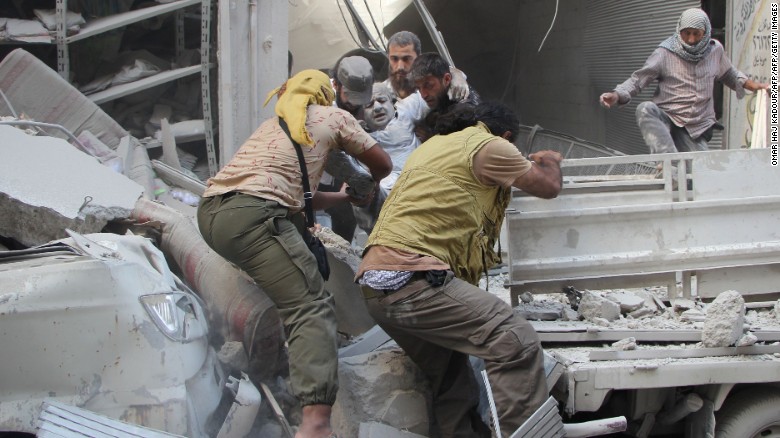 Syrian men evacuate a victim from the rubble of a building following an airstrike on the rebel-held northwestern city of Idlib on September 10, 2016. 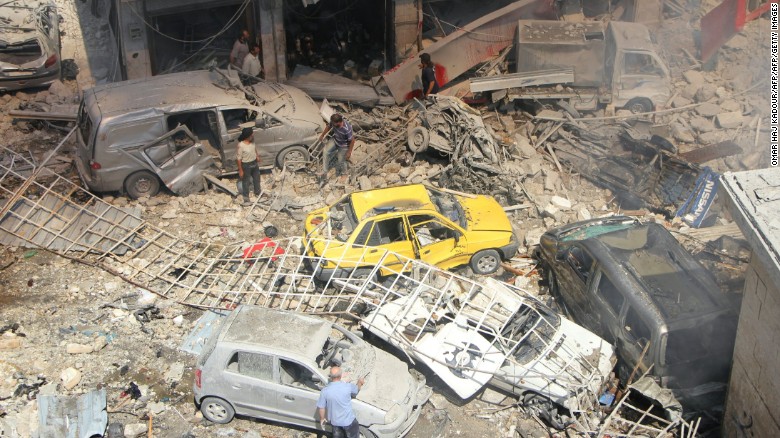 People search for victims at the scene of the airstrikes.
In February, a cessation of hostilities negotiated between Kerry and Russian Foreign Minister Sergey Lavrov fell apart within weeks, and efforts to reach a political settlement in the war-torn country have been on the verge of collapse.
The Syrian regime announced its support of the ceasefire deal Saturday, according to the state-run TV.
US Secretary of State John Kerry said the accord, announced after hours of talks in Geneva, would prevent Syrian President Bashar al-Assad’s air force from flying combat missions anywhere the opposition is present, calling this provision the “bedrock of the agreement.” He labeled the Syrian air force the “main driver of civilian casualties” and migrant flows.