A TERRIFIED Muslim community has attacked “religious intolerance” and “stupid people” after a bloody pig carcass was dumped outside a local mosque.

Police officials are investigating the pig dump incident as a potential hate crime.

Imam Hassan Ahmed said the event was a “clear signal” to the Muslim minority community.

Mr Ahmed only found out about the dumping on his way back from a lecture on religious tolerance alongside local Christian, Jewish and Buddhist counterparts.

He said: “It’s shocking. It is religious intolerance. All they did was show how stupid people can be.”

“All they did was show how stupid people can be.”

Although the dead pig was quickly removed before Friday prayer service, a grisly blood stain remains at the entrance to the mosque in Islamic Center in Lawton, Oklahoma.

The Council of American-Islamic Relations (CAIR) has called on the FBI to launch a hate crime investigation into the alleged attack amid a growing tide of Islamophobic crimes.

Adam Soltani, the Oklahoma representative of CAIR, said: “All those state and national public figures who promote and exploit the growing Islamophobia in our state and nation should speak out against the post-election wave of such incidents targeting American Muslims.”

Mr Ahmed added: “I see this as we have a lot more work to do. I don’t understand why anyone would do this.”

However, the imam added that he was forgiven those who dumped the pig.

He said:  “What shocked me is a person has to take a lot of preparation and time and travel and come there and drop off a wild hog in front of the mosque that is not thinking about good things for the community and for the nation. It just shocked me.”

The pig carcass incident comes as CAIR reported a spike in hate crimes against Muslims and other minority groups since the presidential election.

Some have blamed the election of Donald Trump, who promoted policies banning Muslimsfrom migrating to the US 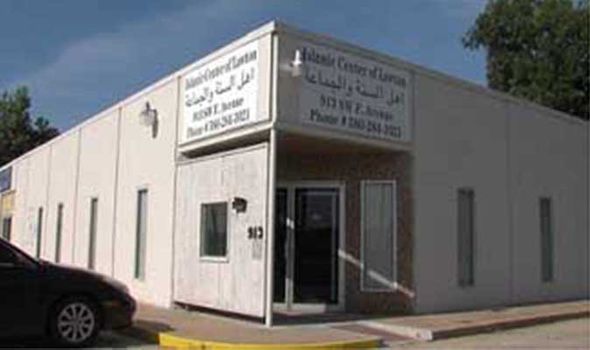 Muslim leaders in Oklahoma are calling on the FBI to investigate

Mr Soltani added: “Here in Oklahoma City, we have an Islamic Center that was vandalized twice with paintballs being shot at it, with very graphic graffiti and curse words.

“The Islamic Society of Edmond, about a year later, was vandalized with bacon wrapped around the door handle as well as left in the parking lot.

“We are worried now that president-elect Trump will be taking office very soon that he will further embolden individuals that chose to propagate hatred.”