The American president arrived at Parliament Hill to deliver a closing address to Canada following the end of an event known as the “Three Amigos” summit— where the leaders of Canada, the U.S. and Mexico came together to talk politics. And once again, Trudeau and Obama just couldn’t hide their overflowing respect for each other. Even Sophie got involved this time.

“Canada was the very first country that I visited as president,” Obama began. “It was in February, it was colder, I was younger. Michelle now refers to my hair as the Great White North.”

America’s president praised the “partnership” of our two nations, saying that we are now “more closely aligned than ever before.” He also noted that he had a chance to try a BeaverTail during his time in Ottawa, which was “better than it sounds.”

While his speech was only supposed to last 10 minutes, it stretched on for almost an hour. We doubt anyone complained though.

Then came what was perhaps Obama’s best quote of the evening.

“The world needs more Canada,” he said, eliciting a standing ovation and chants of “four more years” from the rest of Parliament.

To cap off the visit, Trudeau even snapped a selfie with his best friend across the border: 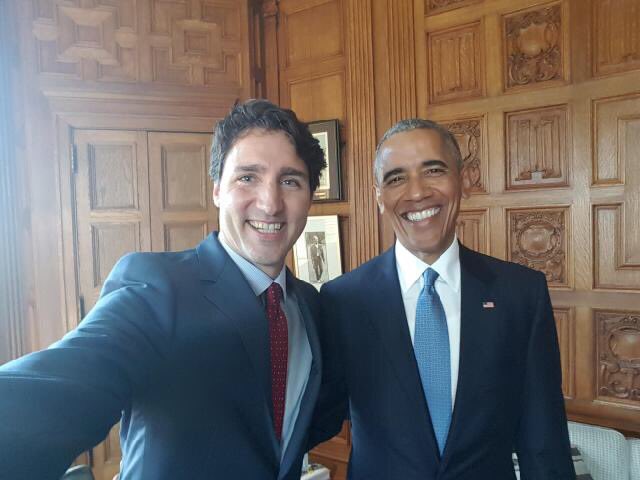