Meghan Markle Australia tour: Why was Meghan BANNED from wearing flip flops on the beach?

Pregnant Meghan Markle, 37, keep things chic with a camel trench coat and black flats for day three of her royal tour down under with Prince Harry, 34.

The Duchess was pictured hand in hand with her husband as they walked across the sand under grey skies.

Her eco-friendly pumps cost £100 from Rothy’s and were recycled from the first day of her Australian tour.

But while some royal watchers may think the dismal weather is the reason why Megan’s flip-flops stayed away, there is a more likely explanation.

Why was Meghan BANNED from wearing flip flops on the beach?

As a member of the Royal Family, Meghan must adhere to strict fashion rules – and that means wearing closed footwear. 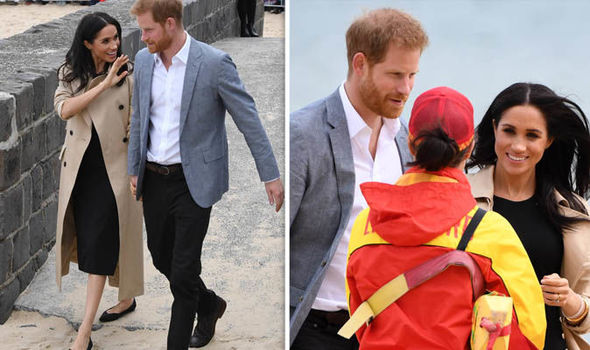 This includes not wearing bright or dark nail varnish although members are allowed to wear nude shades.

Bare legs are strictly forbidden all year round so that means wearing sheer tights even if there is a heatwave on.

When travelling abroad, every attending royal must pack an all-black outfit in case of there being a sudden death in the family.

The rule was introduced after the Queen’s father, King George VI, died in 1952 and she had to cut short her trip in Kenya with husband Prince Philip. 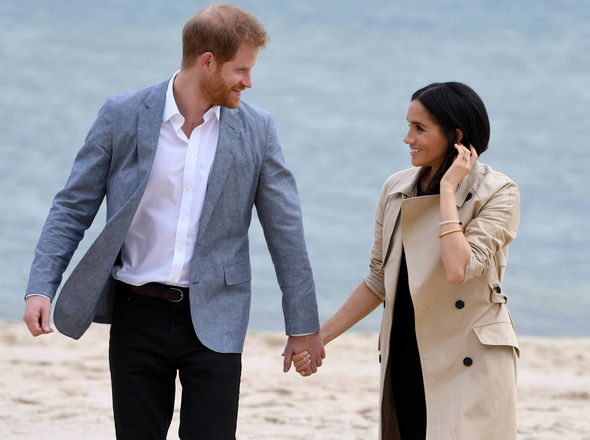 Meghan Markle Australia tour: Meghan and Harry were holding hands while on the beach (Image: WireImage)

As she had no mourning outfit with her on her return, the Queen had to wait inside the plane until a black outfit could be delivered to it on the tarmac.

Young royal boys are not allowed to wear trousers until they are about eight or nine years old to signal they are moving closer to manhood.

But another reason is because shorts are symbolic of upper class attire and are seen as less pedestrian than trousers. 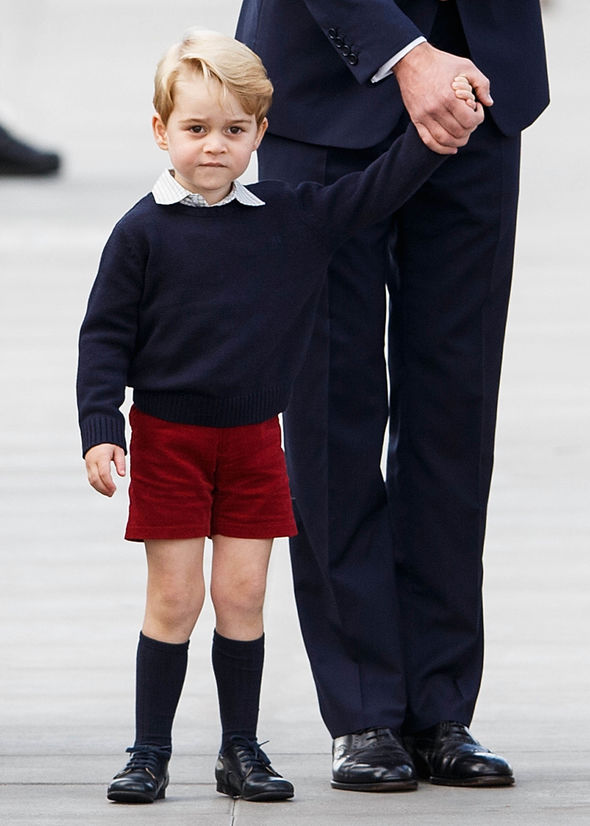 That is why Prince George is always seen in shorts.

Trousers are for older boys and men, whereas shorts on young boys is one of those silent class markers that we have in England.

“Although times are (slowly) changing, a pair of trousers on a young boy is considered quite middle class – quite suburban.

“And no self-respecting aristo or royal would want to be considered suburban. Even the Duchess of Cambridge.”