Islamic State recruiting child refugees as they head to Europe 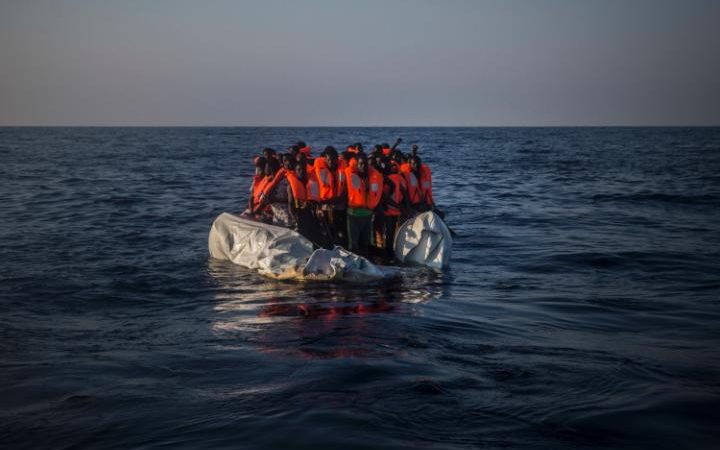 Hundreds of asylum-seeking young people are going missing from care once they arrive in Britain, amid concerns they have been targeted for radicalisation by extremist groups during their journey to the UK, a think tank report has warned.

Militant groups such as Islamic State are deliberately preying on vulnerable young people for recruitment, as they make the perilous journey across the Middle East and north Africa, to Europe.

Extremists try to “buy” the allegiance of migrants and make them feel indebted, by working with people traffickers and funding their travel, the research by the Quilliam Foundation found.

Hundreds of young people are then dropping out of the asylum system when they arrive in the UK because they fear they will be sent home. Once beyond sight of the authorities, they may then regain contact with the smuggling networks and extremists they met on their way.

Nikita Malik, lead author of the report and a senior researcher with the counter extremism think tank, said young people risked “falling back into the hands of traffickers and extremists who have helped them. It’s almost a sense of debt.”

More than 340 unaccompanied asylum seeking children went missing in the first nine months of 2015, double the number from a year earlier. By the end of 2015, 132 were still missing.

Young people are being targeted in refugee camps in Turkey, Lebanon and Jordan, and also as they pass through Libya. The report found Islamic State was offering free passage for those crossing the Libyan deserts, if they pledged allegiance.

It found: “Though a particular individual may refuse to join the organisation’s ranks at previous stages, exhaustion, insecurity and an increasing sense of physical and financial difficulty as a result of the journey may encourage refugees to join at a later date.”

Once at the Mediterranean coast, Islamic State offers up to £800 to join up.

The report found: “For many refugees, joining Islamic State is a more certain source of income compared to attempting to obtain a job after reaching the EU by way of crossing international borders.”

Islamic States is “clearly aware of the value of these refugee routes for the purposes of recruitment and for exporting their operatives into Europe”.

Islamic State sees children it has recruited and indoctrinated “as an important resource”.

The researchers found “Children are easier to indoctrinate, intimidate, and mould, requiring less by way of resources and money.”

“Young people, whose daily lives are significantly disrupted by conflict, can also at times gravitate towards violent groups to attain greater status within their families, searching for a sense of usefulness within their family unit in the face of a potential feeling of being a burden.”