A suicide bomber has killed at least 48 soldiers and wounded another 84 in the southern Yemeni port city of Aden. 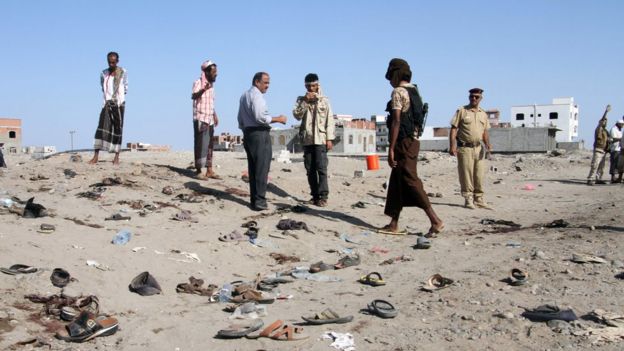 The soldiers were queuing up to receive salaries near al-Sawlaban military base when the attacker struck.

The bomber immersed himself in the crowd of soldiers at the base in al-Arish district, an official said.

Aden is controlled by various factions loyal to the internationally recognised government of President Abdrabbuh Mansour Hadi. They are battling the Shia Houthi rebels and their allies, who seized Yemen’s capital Sanaa in 2014 and later much of north-western Yemen.

IS and al-Qaeda have taken advantage of the conflict to bolster their presence in the south of the country and IS has in recent years attempted to supplant al-Qaeda as the dominant jihadist group there.