The suspect in Florida’s deadly airport shooting travelled to Fort Lauderdale specifically to carry out the attack, authorities say. 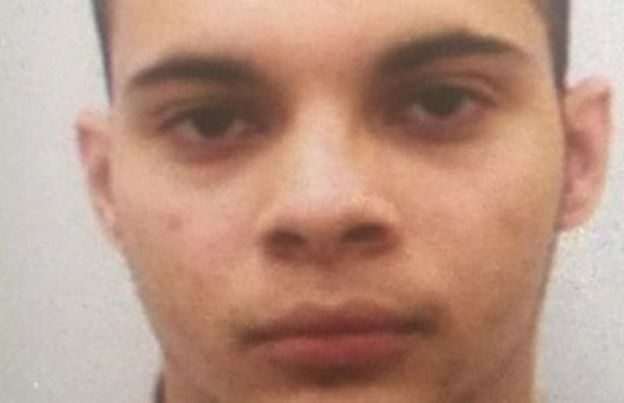 George Piro, the FBI agent in charge of the investigation, said that Esteban Santiago, 26, had been questioned at length overnight.

Five people died in the attack and eight were wounded.

Authorities say Mr Santiago, an Iraq war veteran, opened fire after flying from Alaska with a gun in his luggage.

There was no sign of any altercation on the flight or at the airport before the attack began, Mr Piro said. 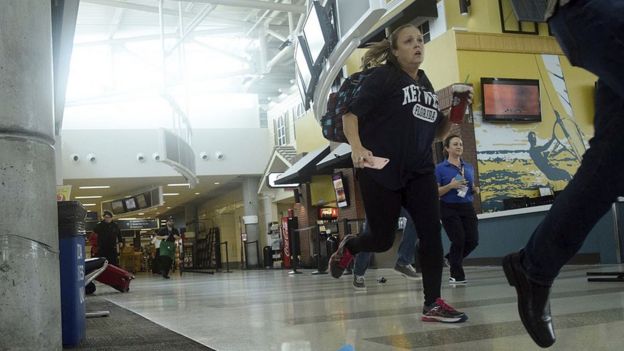 Federal charges have been filed against Mr Santiago and they should be outlined in detail later on Saturday.

Mr Piro said: “We continue to look at all avenues and all motives for this horrific attack. We are continuing to look at the terrorism angle in regards to the potential motivation.”

Mr Santiago is a former member of the Puerto Rico and Alaska National Guard, according to the Pentagon. 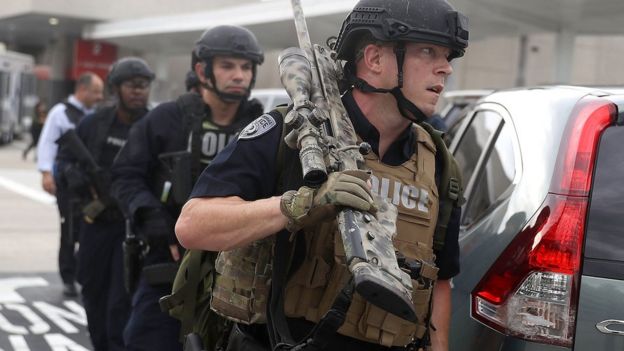 US media reported that he had received a general discharge from the Alaska National Guard for unsatisfactory performance.

His brother said he had been receiving psychological treatment recently.

His aunt told a local newspaper he had “lost his mind” while serving in Iraq.

He reportedly told police after the attack that the government was controlling his mind and made him watch jihadist videos.

One of the victims of the attack was reportedly a woman from Atlanta. The devout Catholic, Olga Woltering, was named by her church, the Catholic Church of the Transfiguration. 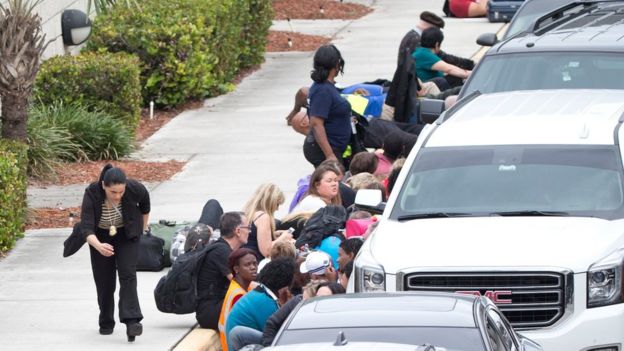 Airport officials say they still have 20,000 items of luggage to return to their owners.

A tweet from the airport account said this was a “complex and time-consuming process”. When the gunman opened fire, many people rushed out on to the tarmac.

Flying with firearms is legal in the US as long as the guns are kept in a locked, hard-sided container as checked baggage only, under rules of the Transport Security Administration (TSA).

Ammunition is also allowed only in checked luggage.

The attack was the latest in a series of mass shootings in the US in recent years, carried out by people who said they were inspired by jihadist groups, were loners or mentally disturbed, who had easy access to weapons under US gun laws.

Last year, in the worst shooting in recent US history, a man apparently inspired by so-called Islamic State killed 49 people at a gay nightclub in Orlando, Florida.