The head of the European Olympic Committees, Pat Hickey, has been arrested in Rio de Janeiro in connection with an alleged international ticket scalping scam. 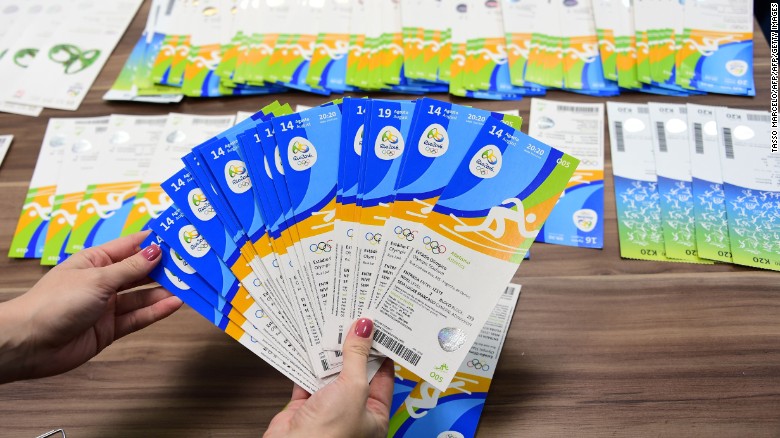 Hickey, who is also a member of the International Olympic Committee and president of the Olympic Council of Ireland, was arrested Wednesday by Civil Police at the hotel he was staying at with his wife.
Police say when they went to arrest the 71-year-old, his wife said he wasn’t there. However they later found Hickey in another room.
Hickey’s arrest is part of a police investigation into ticket scalping, with officials also arresting Kevin Mallon, director of the British ticket reselling company THG Sports, on August 5.
During that particular operation, police seized more than 1,000 tickets that were being sold at inflated prices.
Civil Police have also requested arrest warrants for four other THG directors — David Patrick Gilmore, Marcus Paul Bruce Evans, Maarten Van Os and Martin Studd.
More warrants have also be issued for the directors of Pro 10, the authorized reseller for Irish Olympic tickets, said police at a news conference in Rio de Janeiro Wednesday.
Both THG and Pro 10 welcomed independent inquiries into the allegations.
It’s not the first time Civil Police in Rio have arrested members of THG. In 2014, company CEO James Sinton was arrested by police in relation to a scalping ring for FIFA World Cup tickets.
It is illegal in Brazil to resell tickets for anything higher than face value.

The Olympic Council of Ireland (OCI) confirmed Hickey’s arrest, and in a statement said: “Contrary to reports, Mr Hickey complied fully with the terms of the warrant. Mr Hickey was taken ill as this warrant was served and was taken to hospital as a precautionary measure.”
Hickey was later discharged from hospital and accompanied to a police station to complete a deposition, added the OCI.
“In light of this morning’s developments and his ill health, Mr Hickey has taken the decision to step aside temporarily as President of the OCI and all other Olympic functions (IOC member in Ireland, EOC President, ANOC Vice President) until this matter is fully resolved,” said the OCI. “Mr Hickey will of course continue to cooperate and assist with all ongoing inquiries.”
Read more: Rio Olympics 2016 — Where is everyone?

Who is Pat Hickey? 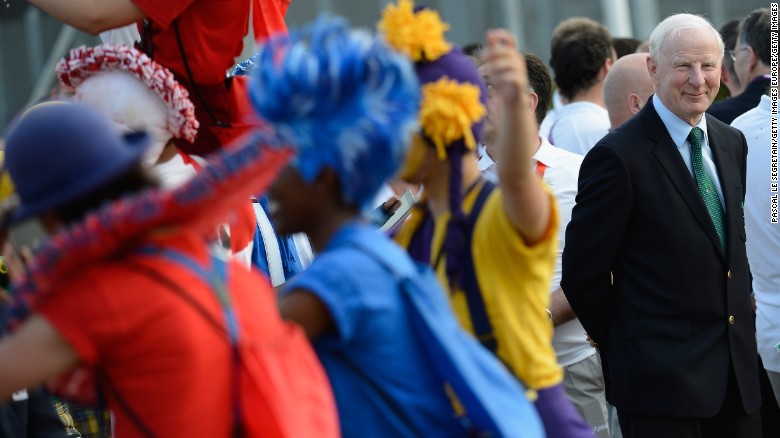 Pat Hickey pictured at the opening of the Athletes’ Village at the London 2012 Games.
Hickey is a former judo pro who represented his country in international competitions, becoming Honorary Life President of the Irish Judo Association in 1989.
The European Olympic Committees president has previously been criticized by some for inviting leaders of countries with questionable human rights records to host the European Games — such as Azerbaijan in 2015.
In the lead-up to the Olympics in Brazil, Hickey criticized calls for an outright ban of all Russian athletes competing in Rio, according to the Irish Times.