Dylann Roof trial: ‘I did it,’ church gunman says

The South Carolina man accused of shooting dead nine black church-goers last year admitted the massacre, in a video shown to the jury.

In a videotaped FBI confession aired at the death penalty trial, Dylann Roof laughed several times and made sweeping gun motions as he described the attack.

The 22-year-old told interrogators he wanted the world to know he hated black people and thought they were criminals.

On Wednesday, Mr Roof’s mother suffered a heart attack as a survivor testified.

As his two-hour taped confession played on Friday, Mr Roof sat expressionless at the defence table, shuffling papers in front of him.

In the interview, filmed about 17 hours after the shooting, the accused told the FBI he had considered attacking drug dealers but thought they might fire back.

So he said he decided to attack the Bible-study group at the Emanuel African Methodist Episcopal Church in Charleston on 17 June 2015, after reading about it online.

FBI agent Michael Stansbury began the interview by asking Mr Roof what he had been doing on the night of the killings.

“I went to that church in Charleston and, uh, I did it,” he said.

The agents asked the suspect to explain. 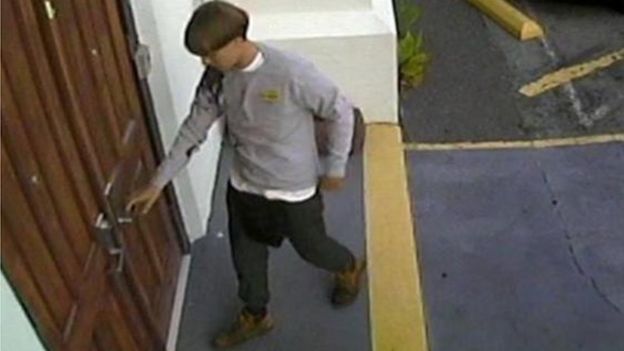 He complained that his victims had “complicated things” by hiding under tables.

Mr Roof seemed taken aback 45 minutes into the interview when an FBI agent told him nine people had died in the attack. Three survived.

He responded: “There wasn’t even that many people in there. Are you lying to me?”

An FBI agent asked him how he felt about the death toll.

But he told the agents he wanted to kill black people because, he said, they raped white women every day.

Armed with a .45 Glock semi-automatic handgun, he loaded 88 bullets into eight magazines for the attack.

Eighty-eight is a symbolic number for neo-Nazis, standing for Heil Hitler because H is the eighth letter of the alphabet.

Most of the bullets were fired into an 87-year-old parishioner, Susie Jackson, who received 11 shots to her body.

During the interview, an FBI agent asked Mr Roof if he had thought about killing more black people.

During the interview, he also told agents about having watched a 1982 television film about a racist skinhead called Made in Britain, starring Tim Roth.

The Post and Courier reports that the court also heard excerpts from Mr Roof’s journal, in which he wrote: “I would love there to be a race war.”

On Wednesday, one of the survivors, Felicia Sanders, told the court of the suspect: “He’s evil. There’s no place on earth for him except the pit of hell.”

Amid Wednesday’s shocking evidence, Mr Roof’s mother suffered a heart attack and was taken to hospital, “highlighting the emotional nature of the proceedings”, according to a defence motion.

The accused’s lawyers concede he carried out the attack and are focusing on trying to spare him the death penalty.