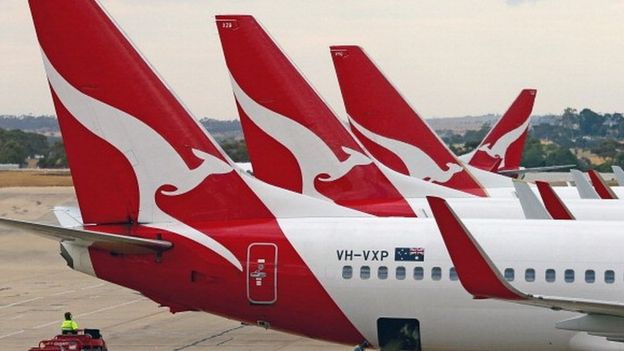 Qatar Airways has launched what it says is the longest current non-stop commercial route, after completing a journey from Doha to Auckland.

Flight QR920 landed on Monday after 16 hours and 23 minutes, slightly quicker than expected.

The Boeing 777-200LR jet was showered with water cannons on arrival – a tradition for airlines on new routes.

Carriers like to talk up these records, but how are they measured and do they really matter?

Measuring flights can be complicated

Longest (time) or furthest (distance) are the two key distinctions to make, but it’s not as simple as it might sound.

The distance between two cities doesn’t vary for airlines of course, but they might choose to take alternative routes.

For example, a carrier might choose to avoid flying over certain countries which can alter how far a plane flies from point A to point B.

And airlines have been known to take unconventional routes.

In October last year, Air India flew Delhi to San Francisco by crossing the Pacific rather than the Atlantic – a direction switch which added an extra 1,400km to the journey, making the 15,127km trip the longest ever non-stop flight by distance. By comparison, Qatar’s new route is 14,535km.

But regardless of the route, flight time is dependent on headwinds or tailwinds.

For example, Qatar’s return leg from Auckland to Doha is expected to take about 18 hours because of headwinds.

And though Air India went the “long way round”, favourable tailwinds meant the journey took about two-and-a-half hours less than its conventional route.

“Of course, from a passenger perspective, the flying time is probably the best measurement.”

Long-haul flights are essential to the business

Record-breaking flights may make headlines. But new long-haul flights mean nothing if they’re treated as a standalone route, says Mr Taylor. Rather, it’s what a new route brings to the airline’s existing network.

“On its own, it wouldn’t be viable to fly between Auckland and Doha, but Qatar is focusing on the passengers from Auckland going on to Europe, Africa, the US or elsewhere,” says Mr Taylor.

“In that light, even though it may take some time for the route to stack up from a profit perspective, it may help the economics of its wider network.”

Historically, most of the major long-haul routes have been serviced by legacy airlines like Singapore Airlines and Australia’s Qantas.

But adding new routes have allowed newer airlines like Qatar, and perhaps most notably Emirates, to expand their business very rapidly.

“It’s also about reach for Middle East airlines striving to outdo each other,” says Geoffrey Thomas of Airlineratings.com.

Records are there to be broken

Longest flight records will continue to change hands as airlines launch new routes, and the range capability of aircraft improves.

Last year, for example, Qantas revealed it would fly direct between Perth and London from March 2018, a flight that will take 17 hours.