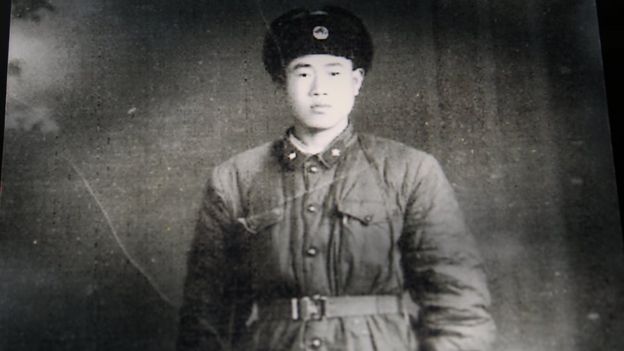 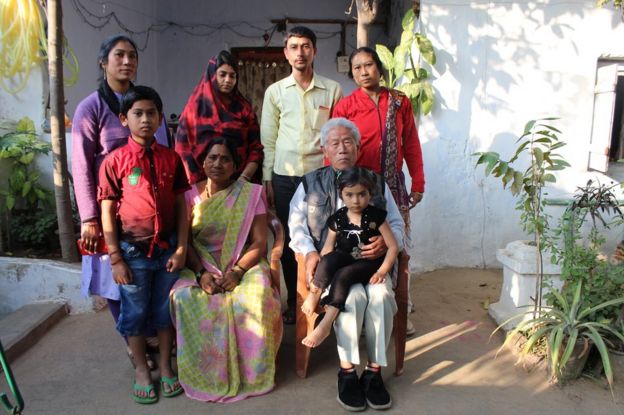 A Chinese man who was trapped in India for more than 50 years has finally been reunited with his family.

The media reported how Wang Qi, an army surveyor who says he accidentally crossed into India in 1963, had not been given the necessary documents to leave the country.

Following the report, he was visited by Chinese diplomats, who told him efforts were being made to take him back.

Mr Wang was met by family members when his flight landed in Beijing.

Later, in his home city of Xianyang, crowds met him with banners reading “Welcome home, soldier, it’s been a rough journey”.

Mr Wang flew out from Delhi on Friday night accompanied by his adult children.

Chinese officials took him and his family shopping in a Delhi mall before they boarded the flight.

Mr Wang had been given a document by the Indian Foreign Ministry stating that he was cleared to leave. His family were given Indian passports so that they could leave with him if they wished.

His wife, an Indian citizen, was sick and did not accompany him.

It is not clear if Mr Wang plans to return to India. He was never granted citizenship and was given a Chinese passport in 2013.

Mr Wang says he was “tasked with building roads for the Chinese army” and was captured when he “strayed erroneously” into India’s territory in January 1963.

“I had gone out of my camp for a stroll but lost my way. I was tired and hungry. I saw a Red Cross vehicle and asked them to help me. They handed me over to the Indian army,” he said.

He spent the next seven years in a number of different jails before a court ordered his release in 1969.

Police took him to Tirodi, a far-flung village in the central Indian state of Madhya Pradesh. He had not been allowed to leave the country since.

Instead he worked at a flour mill, eventually marrying a local woman and raising a family. Neighbours said they lived in “utter poverty”.