Twelve soldiers have been killed and two are missing after an attack by Islamist militants near Burkina Faso’s border with Mali, the army has said. 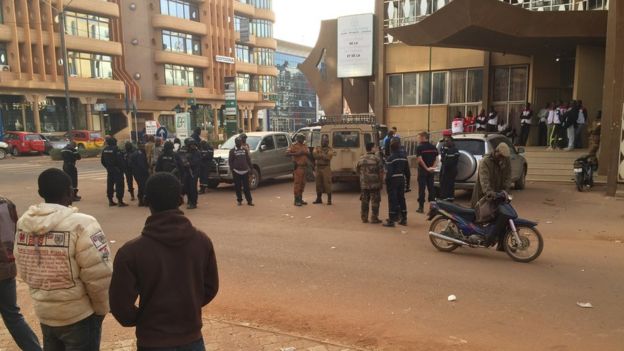 Insurgents who carried out the attack did so on pick-up trucks and motorbikes, waving black flags.

The soldiers were in the area to guard Burkina Faso’s long and porous border with Mali, where a number of Islamist groups are active.

No group is reported to have claimed responsibility for the attack.

However al-Qaeda in the Islamic Maghreb (AQIM) is based in the Sahara Desert between Mali, Niger and Algeria and has attacked west African countries.

Soum Province High Commissioner Mohamed Dah told the AFP news agency that Friday morning’s attack – about 260km (160 miles) from Ouagadougou – was “the biggest jihadist attack ever perpetrated” against the army.

“They [the attackers] were heavily armed with Kalashnikovs and rocket-launchers. They opened fire at the depots, the tents and set fire to some of the vehicles,” he said.

The “murderous” attack on “the army’s anti-terrorist force” has been denounced by President Rock Marc Christian Kabore in an address to the nation.

“I strongly condemn this horrible attack which shows the cruelty of these perpetrators,” he said.

Authorities have not revealed how many troops were injured.

The army says it has sent reinforcements to the Mali border, an area where attacks and abductions are regularly reported.