A former model and DJ from Melbourne, described by his former agency as having a promising future, is the latest Australian believed to have been killed while fighting alongside ISIS militants in Syria.

The parents of Sharky Jama, 25, were informed of their son’s death via a text message and phone call Monday, said Hussein Harakow, president of the Somali Australian Council of Victoria.

He said Jama had disappeared along with another Somali-Australian, named in Australian media reports as former business student Yusuf Yusuf, in August of last year.

‘He never explained what’s happening over there’

Harakow said Jama’s parents had subsequently been in contact with their son in the Iraqi city of Falluja, held by ISIS militants, where he was understood to be living.

But they had been told he had been killed by gunfire in Syria. 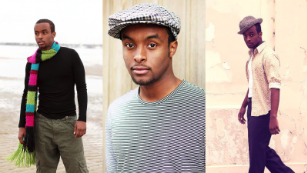 Sharky Jama was a former male model in Australia.

He said the family did not know Jama had joined ISIS, despite his pro-ISIS social media postings and media reports on his activities.

“He never explained what’s happening over there or what he’s doing,” Harakow told reporters.

“The family lived a simple life. They never discussed these sorts of things.”

A spokeswoman for Australia’s Department of Foreign Affairs and Trade said it was not able to confirm Jama’s death, as its capacity in Syria and Iraq was limited.

“Due to the extremely dangerous security situation, consular assistance is no longer available within Syria,” she said in a statement.

Reports of Jama’s death came as a report by the Lowy Institute, an Australian foreign policy think tank, was published saying the number of Australians fighting for ISIS represented a “serious national security threat” and posed a risk of an attack on home soil.

It pointed at the government’s difficult relationship with the Muslim community as potentially complicating efforts to reduce Islamic extremism.

Australian Foreign Minister Julie Bishop said last month that 90 Australians were in Iraq and Syria fighting on the side of ISIS, and that at least 20 Australians have been killed in the conflict.

She spoke after of reports said that an 18-year-old Melbourne teenager, Jake Bilardi, had carried out an ISIS suicide assault in Ramadi in Iraq.

Beyond Australia, ISIS has recruited people from other industrialized countries, including Western nations. In February, Nicholas Rasmussen, director of the U.S. National Counterterrorism Center, said an estimated 3,400 people from Western countries had traveled to the Mideast to join ISIS.

Who has been recruited to ISIS from the West?

“I have a very simple message for those who might be thinking of going overseas to join these terrorist groups: Don’t,” he said.

“They are death cults. … They are not about religion, they are just about death, and it’s just as likely to be your death as anyone else’s death.”

Stephen Bucknall, director of Melbourne’s FRM Model Management, said his agency had represented Jama for two and a half years.

It had severed its relationship with the aspiring model when media reports surfaced in December that he had joined ISIS.

“We were quite shocked to find out he had joined ISIS, and we immediately cut ties with him,” said Bucknall.

“He was a very likeable guy, very courteous, always came around with a smile. He had a great modeling career ahead of him. He always showed up at the agency ready to work on the runway, print and TV.”

A bright light to some

He described Jama as outgoing and “flamboyant,” saying he had led an active social life, focused on music and nightlife, and had worked as a DJ.

“To be honest, I would have seen him as a sign of hope for the community,” he told reporters. “He was integrated, he got himself into the mainstream.”

However, he had gradually toned down his social life and started spending more time at home — a development that wouldn’t necessarily have rung alarm bells for people around him, he said.

Ahmed said he had never heard Jama make pro-ISIS statements. “But I wouldn’t be surprised. You hear these sorts of arguments every now and then,” he said. “People start to think — ‘Where do I belong, who am I?’ “

Reports of Jama’s death prompted tributes from his associates on social media, with some labeling him a shaheed (martyr) or wishing him a place in paradise.

“Rest in peace my handsome lil cousin!” wrote one woman in Melbourne. “All them beautiful memories and time we shared I shall keep dear to my heart. May Allah bless your soul.”

Why is ISIS so successful at luring Westerners?

For a group of radical anti-Western militants, ISIS is pretty good at luring Westerners to its ranks.

The latest is an American teen from suburban Chicago who was allegedly on his way to join ISIS. Mohammed Hamzah Khan was stopped just before he was supposed to board a plane to Turkey, authorities said.

But he’s far from alone. 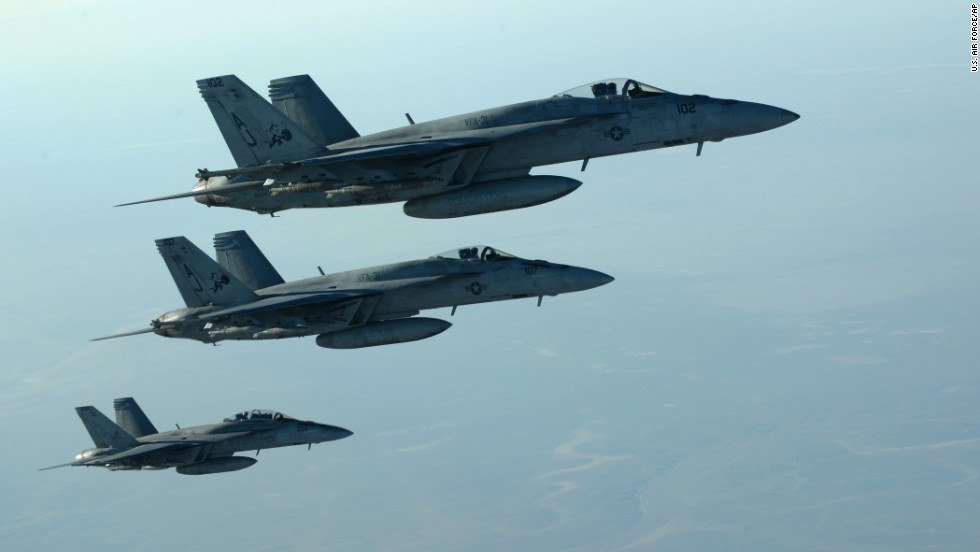 Last month, U.S. authorities detailed their case against a New York food store owner accused of funding ISIS and plotting to gun down American troops who had served in Iraq.

And a French man told his mother that he and his half-brother were going on vacation — only to tell her later that they were fighting in Syria.

“Some of the foreign fighters may not return as terrorists to their respective countries, but all of them will have been exposed to an environment of sustained radicalization and violence with unknowable but worrying consequences,” Richard Barrett of The Soufan Group wrote in a report called “Foreign fighters in Syria” this summer.

So what is it about ISIS and its uncanny ability to recruit Westerners? Here are five methods the group employs:

It preys on a recruit’s sense of identity

The recruits are often young — sometimes disillusioned teenagers trying to find purpose and make their mark.

For many, it boils down to a lack of a sense of identity or belonging, Barrett said.

“The general picture provided by foreign fighters of their lives in Syria suggests camaraderie, good morale and purposeful activity, all mixed in with a sense of understated heroism, designed to attract their friends as well as to boost their own self-esteem,” he wrote.

And some are drawn by the desire to die as a martyr who would enjoy a sumptuous afterlife if they die fighting the “infidel” enemy.

It appeals to their religious duty

Westerners waging jihad, fighting alongside ISIS and other terror groups, is not a new phenomenon. The FBI and the U.S. Justice Department have been trying to stay ahead of wannabe terrorists since the 9/11 terror attacks.

But what draws Americans to give up their comfortable lives in the United States and travel to war-torn countries to fight? An appeal to their sense of duty.

It operates a sophisticated propaganda machine

“Importantly, the group also views itself as the now-leader of a global jihadist movement,” Olsen said. “It turns out timely, high-quality media, and it uses social media to secure a widespread following.”

ISIS has a penchant for producing slick videos that resemble trailers for Hollywood action movies.

One hour-long video showed a collection of bombings, executions, kidnappings and beheadings. As one roadside bomb blasts a vehicle into the sky, two men in the background of the video chuckle.

“We are way behind. They are far superior and advanced than we are when it comes to new media technologies, social media, when it comes to video production qualities, and in disseminating their propaganda over the Internet,” said Maajid Nawaz, a former jihadi and author of “Radical: My Journey out of Islamist Extremism.”

And it’s probably no accident that a knife-wielding man in the beheading videos of Americans James Foley and Steven Sotloff and Britons David Haines and Alan Henning had a distinctive British accent.

It drives home the point that Westerners can join ISIS, too.

It exerts a cult-like control

When Steve Hassan heard an ISIS propaganda tape, “it reminded me of the exhortations of Jim Jones’ cult saying, ‘Come to Jonestown. It’s a paradise. It’s wonderful.’ And that keys in on one of the key principles of destructive cults, which is deceptive recruiting.”

Hassan is the founder of Freedom of Mind, an organization dedicated to exposing destructive cults and cult behavior.

“This is a political cult using religion and a perversion of Islam as the shield. But in fact it’s a systematic effort to create an army of basically tranced-out followers.”

Video clips of foreign jihadists burning their passports show that many have no interest in returning home.

It uses its successes as tool

About 2,000 Westerners have gone to fight in Syria, though it was not clear how many joined ISIS in its quest snatch more land and how many joined moderate opposition groups battling the Syrian government, a CIA source told CNN last month.

But it’s the extremist groups like ISIS that attract the most foreign fighters, Barrett wrote.

“They tend to be more inclusive, better organized and better financed than their more moderate counterparts,” he said. “They also tend to be more assertive and have more of an impact on the battlefield, and so enjoy greater local standing, which makes them still more attractive to foreign fighters looking to make their own impact.”

UK authorities believe at least 500 British citizens have gone to Iraq and Syria, many of them to fight with ISIS and other Islamist groups.

French authorities estimate more than 700 people have traveled from France to fight in Syria, according to Barrett.

On Sunday, FBI Director James Comey told CBS’ “60 Minutes” that his agency is tracking a dozen Americans that have joined terrorist groups in Syria.

But it’s not all alarming news. Concerned by the prospect of these recruits bringing home their angst and their ability to launch attacks, Western nations are fighting back.

Some European countries have laws that penalize membership in groups such as ISIS, Barrett said.

“We have evidence that there are young people who are not joining because we have somehow interceded,” Under Secretary of State for Public Diplomacy and Public Affairs Richard Stengel said Monday.

But Barrett said elected officials might not be doing as much as they think.