ANTI-CHINA HYSTERIA VS NEED FOR TRADE: AUSTRALIA STRUGGLES WITH A RISING BEIJING

The escalating trade war between China and the United States has hogged the international limelight amid rising concerns over its impact on the global economy and its geopolitical implications.

By comparison, the ongoing wrangling between China and Australia may seem secondary – it should not be.

In fact, the strategic and geopolitical arm-wrestling between the two countries, albeit starkly different in sizes, is much more than what it appears to be – Australia acting as a proxy of the United States taking on the mighty China.

To a great extent, it has fast become a test case for other Western countries, including Canada and New Zealand, traditional allies of Australia and the US, on how to forge closer economic ties with an increasingly powerful China on the one hand, and trying to push back against what is perceived to be Beijing’s political interference in their countries’ strategic sectors.

As other countries watch and learn, the jury is still out on when or how the rivalry between Beijing and Canberra will end.

But victims have already emerged – they are the 1.2 million Australian Chinese in a country with a population of 24.4 million.

Beginning from early 2017 – less than two years after a comprehensive bilateral free-trade agreement went into effect signalling a brighter future – Australia did a sudden and chilling about-face towards China, its investments and some prominent leaders of the Chinese community (the largest overseas Chinese diaspora in Oceania). 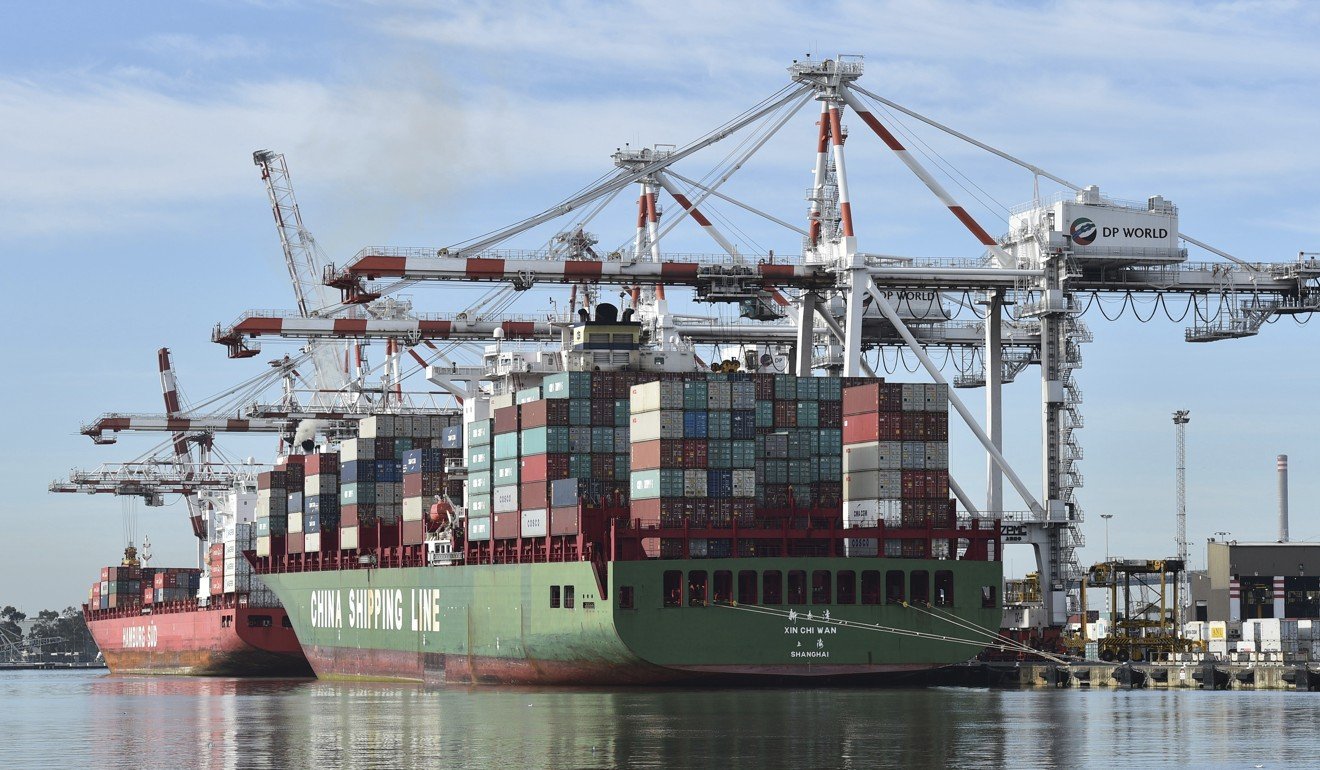 A container ship at a port in Melbourne, Australia. Photo: AP

The surreal overnight change in attitude and rhetoric has left Australian Chinese confused and worried. In what appeared a concerted effort, politicians, intelligence services and the mainstream media have accused the Chinese government of embarking on a sinister campaign to infringe on Australian sovereignty with its new-found wealth, through its companies, wealthy Australian Chinese businessmen and government-sponsored Confucius Institutes, among other allegations.

In a broad stroke, the 1.2 million Australian Chinese, many of whom have been in Australia for generations, have been painted as gullible regarding Beijing’s influences and propaganda.

In June, the campaign culminated in Australia passing sweeping national legislation that bans foreign interference in politics and beefs up punishments for violations.

China, Australia kiss and make up but things will never be the same

Although the Australian government said the law was not aimed at any single foreign country, the very public campaign targeting China, that ran in parallel to preparing the legislation, has suggested otherwise. 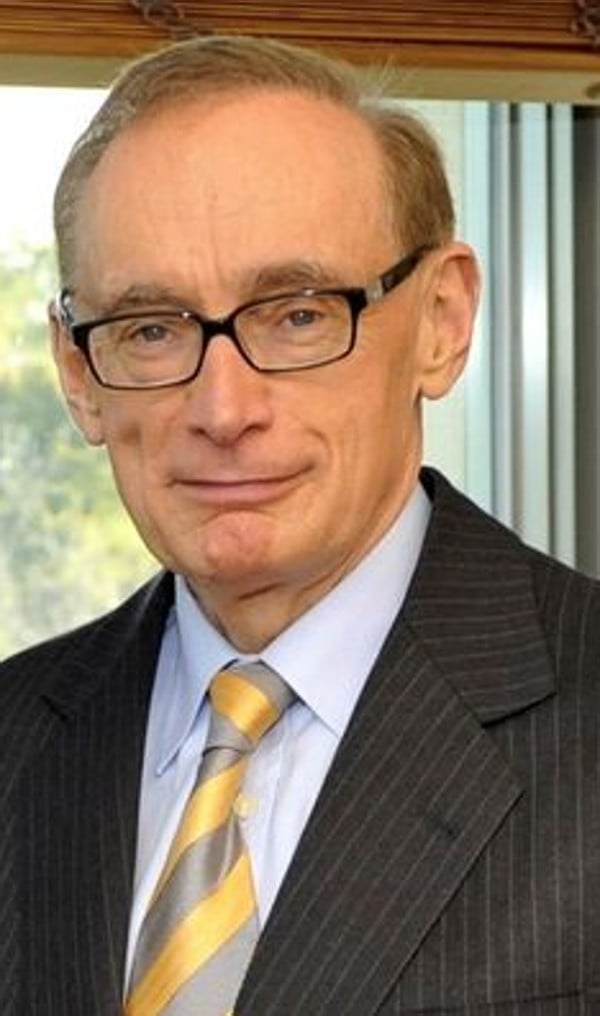 The publication last month of the memoir Run for Your Life by Bob Carr, an influential former Australian politician, has provided interesting insights into the anti-China panic.

Carr was the longest continuously serving premier of New South Wales from 1995 to 2005, and Australia’s foreign minister from 2012 to 2013. 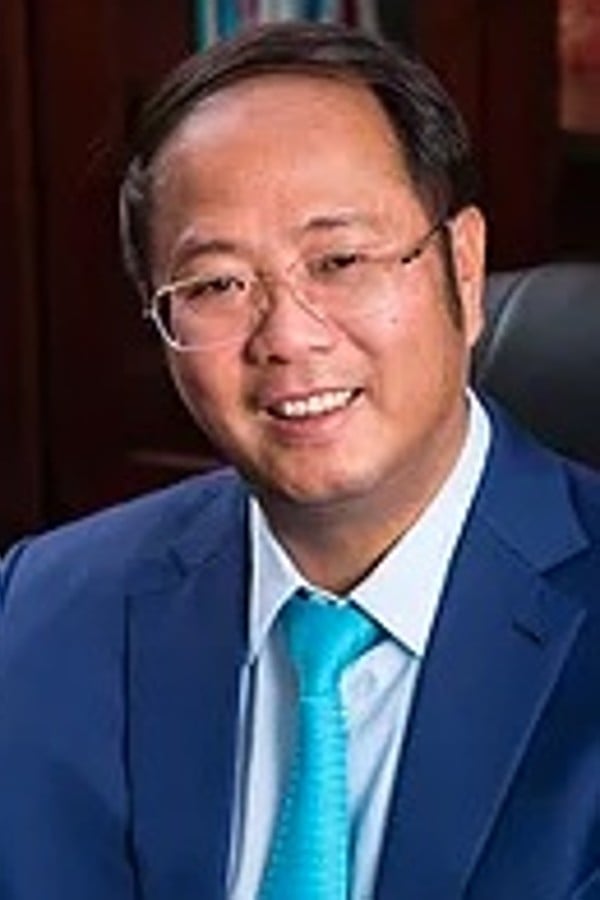 According to his book and my brief interview with him last month, he said the campaign over the past 17 months had been run by members of what he called the “anti-China Taliban”, including former journalists and academics.

Carr has devoted one chapter to talk about “China Panic”, arguing that the effort to establish that the Chinese Communist Party was scheming to swallow Australian sovereignty “sailed way beyond an evidentiary base”. He argued much of the anti-China sentiment was based on isolated incidents, innuendo and the questionable practice in which Australia’s domestic intelligence agency gave the media access to telephone taps of private conversations between Australian citizens. 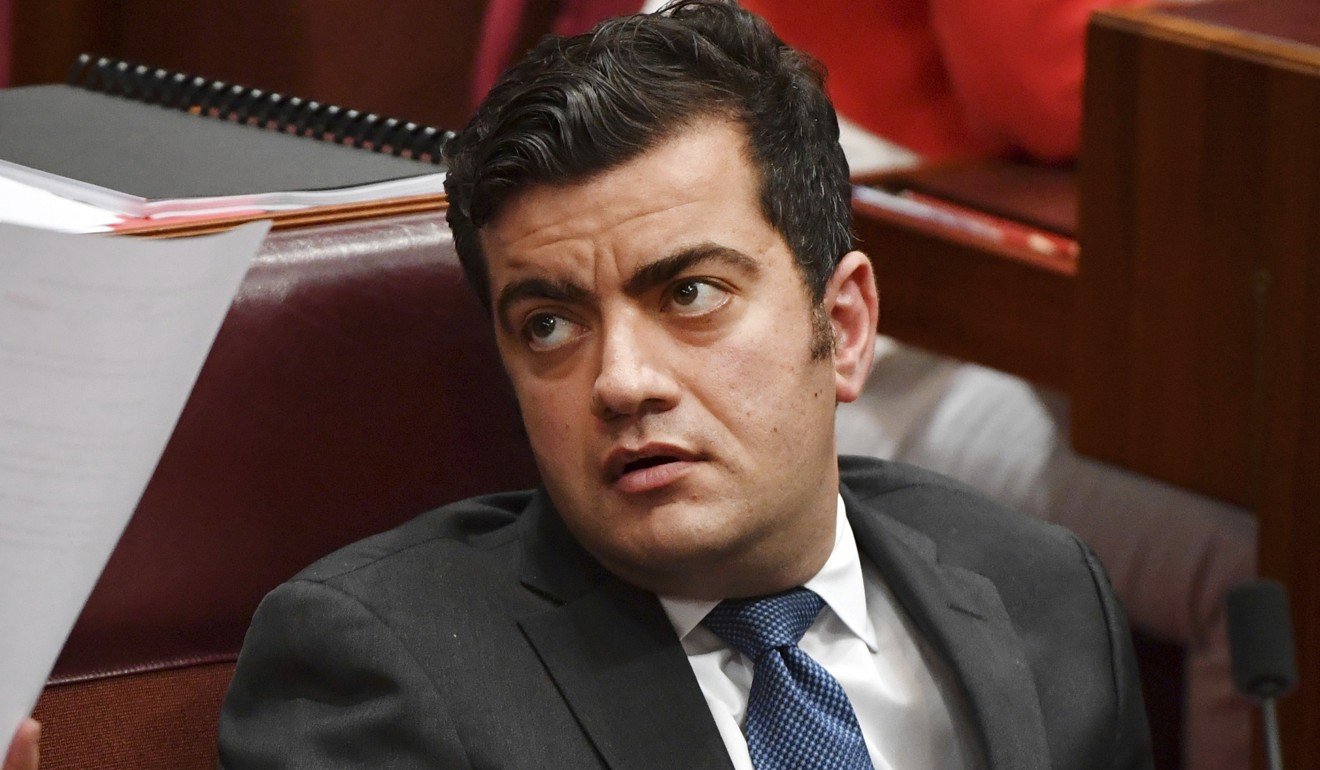 According to Carr, the “Dastyari affair” featured prominently in the China panic of 2017. The scandal involved rising political star and Labor senator Sam Dastyari, who accepted money from Chinese sources to settle personal debts. The politician had contradicted the party’s policy on the South China Sea, saying the region historically belonged to China.

But what appeared to have sealed his fate was the report last November that Dastyari once warned Huang that the latter’s phone might be tapped when they met at the businessman’s Sydney mansion.

The report could only have been done with the help of the Australian Security and Intelligence Organisation (ASIO), the country’s main spy agency.

Carr said in this affair, he saw elements of “classic McCarthyism”, while none of the media expressed unease about ASIO pursuing a domestic agenda.

Huang, an Australian permanent resident, is a leading property developer originally from Guangdong, who has invested nearly A$2 billion in Australia, mostly in real estate.

Along with Chau, also originally from Guangdong and an Australian citizen of more than 20 years, Huang had donated millions of dollars to both sides of the political spectrum, and had frequently rubbed shoulders with senior politicians before the campaign started.

Carr said that Huang and Chau were no more foreign donors than their European-background counterparts who considered it legitimate to donate at the request of political parties competing in a democracy. 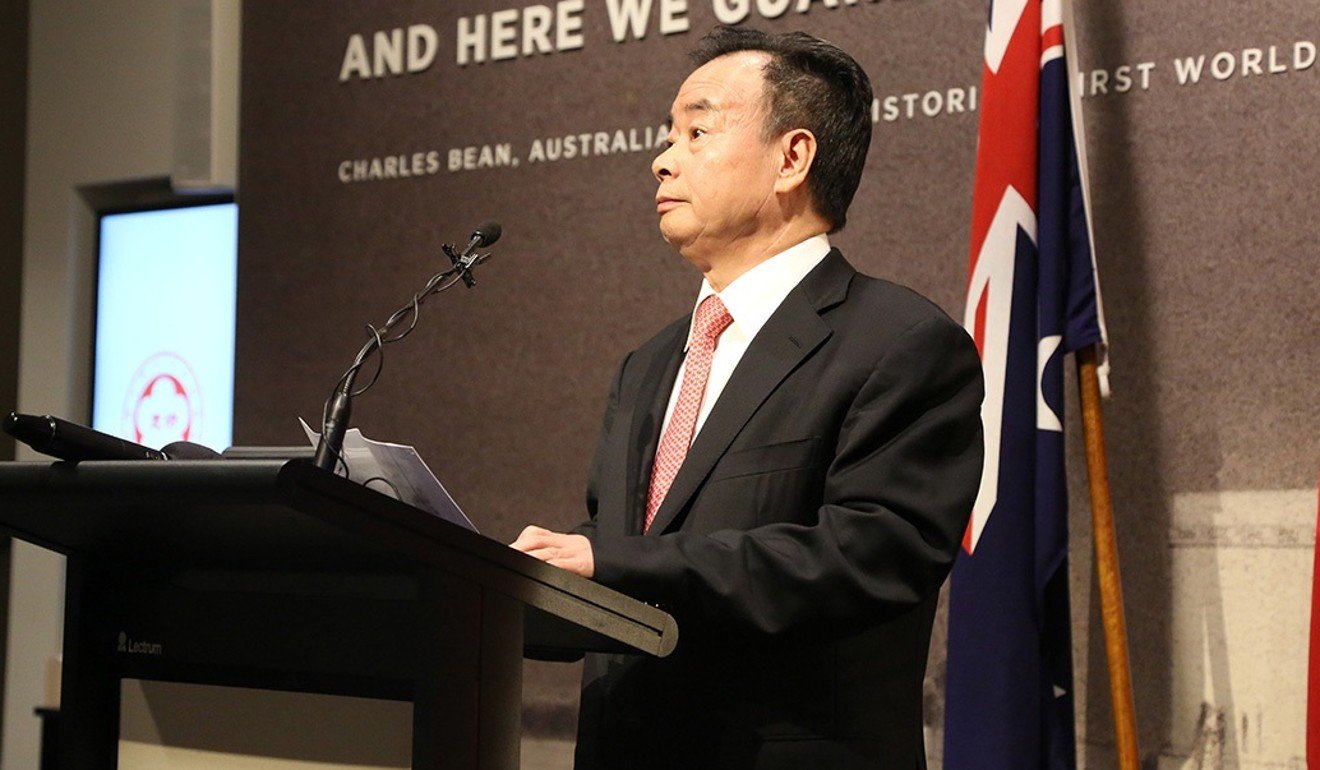 Indeed, both of them have denied links with the Chinese government, and exhaustive media and government scrutiny over their business activities and political connections with Australian politicians has left them untouched by the law, suggesting they have done everything by the book.

In March, when the debate over foreign influence was still raging, an unfazed Huang even issued a public challenge to the Liberal and Labor parties that they should hand back the A$2 million in donations he had paid them since 2012.

“I never asked for anything or any favour in return,” he was quoted as saying then. “If the politicians or parties have any issues with these donations, feel free to return them to me and I will happily donate them to charity.” Neither of the two parties appears to have taken up the challenge.

One persistent characterisation of Chau and Huang regards their supposed connections with the Chinese government through taking honorary titles in some quasi-public entities, suggesting they may work at its behest. Such generalisations, not confined to Chau and Huang but also increasingly applied to other overseas Chinese businessmen in Australia and other Western countries, are grossly unfair.

The Chinese Communist Party controls almost every aspect of Chinese society, and for businessmen in particular, building up political connections and navigating the party apparatus is a prerequisite for success. The same can be said of senior foreign business executives of multinationals doing business in China, as they have to ingratiate themselves with bureaucrats to get things done. So should they also be viewed differently after they go back to their home countries?

According to Carr, Australia’s abrupt shift in rhetoric on China bears the fingerprints of the US government as the traditional ties between Canberra and Washington remain strong despite the Trump presidency.

US Secretary of State Mike Pompeo has praised Australia’s efforts to limit foreign interference in its government. Photo: AP

Indeed, US secretary of state Mike Pompeo last month praised Australia’s new foreign interference laws in a US Senate committee hearing, citing them as a rare example of a US ally responding to a rising China.

In the same meeting, he said the West, not merely the US, had been too slow in taking on China’s global expansion and hinted that his government had begun working with its allies to organise a comprehensive response against China.

Spies and a magic weapon: why are Australia, New Zealand so suspicious of China?

Following the passage of the foreign interference laws, the Australian government has started to dampen down the China panic campaign and instead has sought to repair frayed ties with China.

So far, Beijing has reacted coolly. China has refused visas for Australian ministers, and several Australian businesses that export to China have reported delays and more scrutiny at customs and distribution points.

Ultimately, Canberra will have to solve the critical issue of how to respond to a rising China – its investments and enormous appetite for raw materials have greatly contributed to Australia’s economy. China is its largest trading partner, accounting for nearly one third of the latter’s exports. Given this context, Australia will also try to accommodate the wishes of the US, its traditional ally and protector, though its influence is declining in the region. 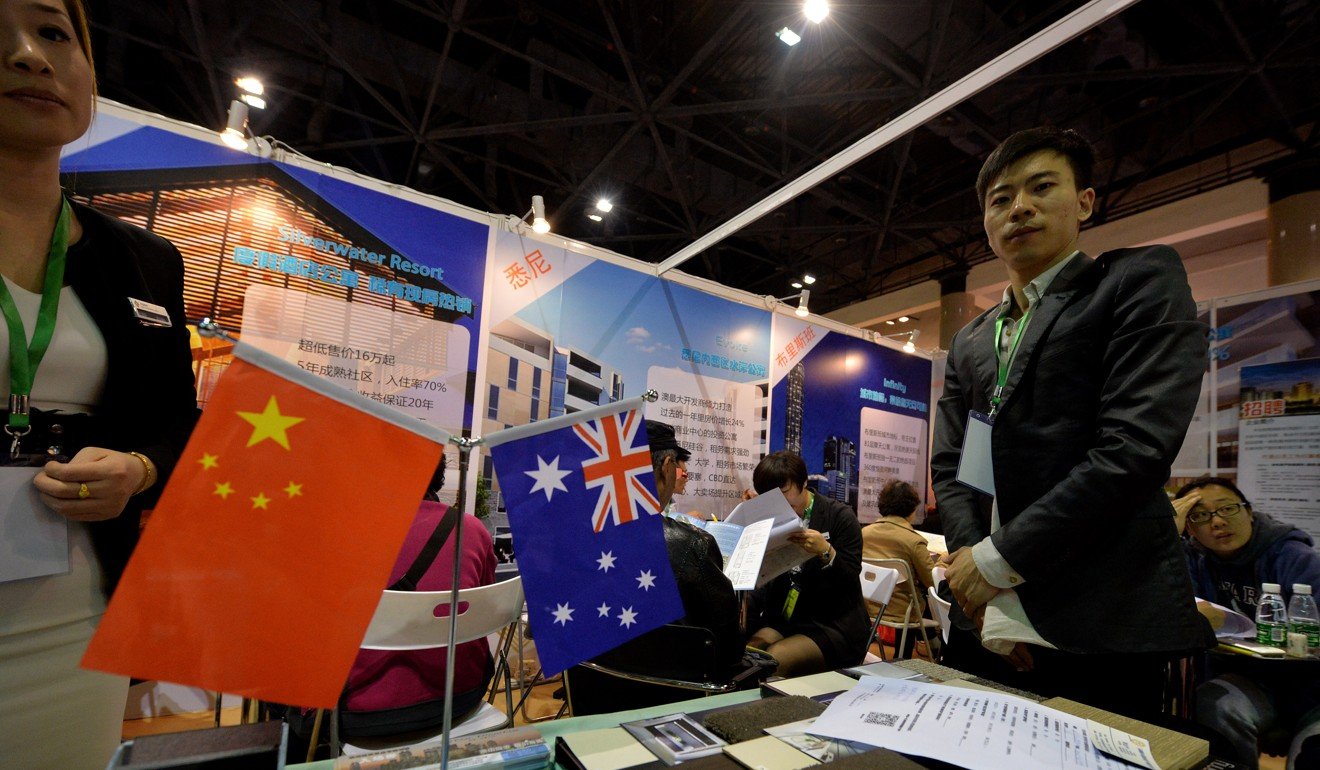 No doubt the debate will continue to dominate Australian politics. Meanwhile, it is interesting to see how some of the main players in the drama have fared.

Less than a year after he resigned from the senate, Dastyari is reportedly to host a new TV show on political scandals on Channel Ten soon. Chau, who was recently accused in a bribery case surrounding a senior United Nations official, is busy suing some Australian media outlets for defamation.

Huang has since quit the political scene and focused on building up his business empire. Earlier this year, his Australian-registered family company paid A$1.13 billion to acquire two prime residential and hotel mixed-used projects, one in downtown Sydney and the other on the Gold Coast, and announced it had invested an additional A$1.6 billion to complete the two projects.

As Carr noted in his book, even as Huang’s name was being dragged through the mud in the media, Canberra extended his permanent residency and allowed this billion-dollar deal to go through. ■