“Terrorism is an American product,” blared one headline. Another recycled the tired, false-flag conspiracy theory that certain foreign intelligence agencies had carried out the attack in order to give Western countries carte blanche to invade the Arab world — or whatever else they want to do — in the name of fighting terrorism. It was reminiscent of the talk that was heard after 9/11.

Sadly, these headlines didn’t come from ISIS or its offshoots. Instead, they came from the state-run media outlets of Egypt, ostensibly an ally in the U.S. effort to fight terror. And they were by no means the only examples. Just a quick survey of major opinion pieces in the Egyptian state-controlled media encapsulates a point of view that Egyptians are frequently bombarded with, with headlines including: “The Racism of the West and Terrorism,” “Terrorism and the Super Powers,” “The Western Deceit.” 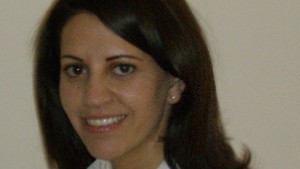 In the mid-’90s, for example, Radio Television des Mille Collines, the Thousand Hills Radio Television, is widely seen as having played a major role in the massacre of hundreds of thousands of people in Rwanda.

And such invective is common in Arabic-language media, as mostly government-backed media outlets help turn thousands of men, women and sometimes children into individuals obsessed with killing and destroying. Religious channels, in particular, are allowed to operate with government blessing and have seemingly made it their mission to marry Islam with a hatred of the West.

All this suggests that unless Western efforts to oppose terrorism include holding such media outlets accountable, there is little hope for addressing the terrorism challenge of ISIS.

The disconnect in how media are viewed can be stark. Following the controversies over cartoons portraying the Prophet Mohammed, many Muslims, subject to daily invective from their particular country’s media, were mobilized to attack embassies. This baffled many in the West, who did not understand why so many were taking to the streets to protest cartoons.

Perhaps the most disturbing aspect of such incitement is that the Arab regimes that give airtime to hate speech do so less out of some sort of religious high-mindedness, and more out of concern with their own survival, even if the byproduct of this is the legitimization of terror attacks. Indeed, by blaming the West for local ills of Arab countries, corrupt and inept regimes too often use the media to deflect their own people’s attention away from the real issues at home.

Unfortunately, it is often U.S. allies that are the worst offenders in pushing master narratives such as ongoing references to the Crusades.

Now, many of you might be thinking to yourselves that the Crusades ended hundreds of years ago (and you would be right). But the master narrative about invading foreigners still plays out in some state-backed Arab media, which often portray current events in the context of a centuries-old desire to destroy Muslim land.

For example, Sayyid Qutb, the Egyptian ideologue who inspires many violent extremists, believes all Western nations have a “Crusading spirit.” The invasion of Iraq, the abuses at Abu Ghraib and continued American troop presence are not treated as isolated events, but instead serve to reinforce these narratives.

Al Jazeera Arabic, meanwhile, periodically covers terrorism as if it is a struggle between David and Goliath, with the terrorists representing David. In a recent article on the Paris attacks, one article gives space to the dreams of the terrorists who committed the attack, seeming to suggest they want to revive some glorious past of Islam.

On-air analysis of the Paris attacks has also at times tried to propagate a fantasy of a now-emasculated West, with one announcer asking gloatingly whether “the military might of the West (is) a paper tiger after all.” A panel largely agreed.

All this serves to inundate entire populations with disempowering notions about how the Western world thinks about them. It is no exaggeration to say that many in the Arab world view the West the same exact way Parisians now view the perpetrators of the horrific crimes of last week, and that is in large part because of these campaigns of incitement.

It goes without saying that American and European foreign policy is far from blameless in the mayhem that is now the Middle East, a mayhem that is fueling recruitment and motivation for terrorism. Nor are Western media, including in the United States, innocent of hateful speech that could incite violence against Arabs, Muslims, other minorities and immigrants in general.

But that does not change the fact that a good place to start in the fight on terror is to cut at the roots of disillusionment, which include a self-serving narrative served up by some of the Arab world’s state-run media — including from those who are supposed to be our allies in the fight against extremism.