Terror in Mali: Seven things you need to know

A hostage siege at a hotel in Bamako, Mali’s capital, has again drawn international attention to the West African nation, nearly three years after France launched a military campaign against Islamic extremists in the country’s north.

The campaign, Operation Serval, was widely considered a success in driving jihadists from Mali’s northern towns. What has happened since then to have led to today’s 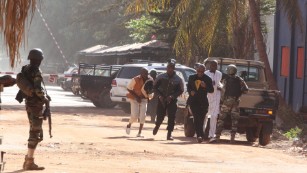 Mali, a former French colony and majority-Muslim nation of 17 million people, became independent in 1960. Like most formerly colonized countries, it went through growing pains, enduring droughts, rebellions and years of military dictatorship. But since it first held democratic elections in 1992, and was viewed as a reasonably strong democracy, with a growing economy and relative social stability.

The nation made headlines after upheavals of 2012

In January 2012, an uprising by rebels from the Tuareg ethnic minority began in the country’s vast, sparsely populated north.

Tuareg and Arab communities there claim they are marginalized by the sub-Saharan ethnic groups in the more prosperous south. 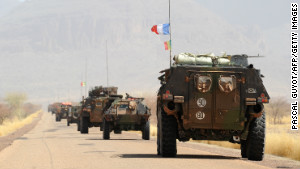 U.N. Security Council signs off on 12,600 peacekeepers for Mali

But the perceived failure of President Amadou Toure to deal with the most recent uprising led to a military coup in March. Shortly afterwards, the Tuareg, led by the National Movement for the Liberation of Azawad, or MNLA, took advantage of the power vacuum and declared the secession of a new northern state, Azawad.

Islamist forces who had helped the Tuareg in their fight against government forces, including al Qaeda-allied Ansar Dine, soon took control. Militants destroyed ancient shrines in Timbuktu, once a major draw for Islamic scholars from around the world. They imposed Sharia law, banning music, watching sports and smoking. Reports of human rights abuses soared.

Many of the rebels from the Tuareg minority — a Berber minority — fought for former Libyan leader Moammar Gadhafi.

After the collapse of Gadhafi’s regime in 2011, many Tuareg who had fought for him moved south to Mali, bringing Libyan weaponry and vehicles with them, and began the campaign to establish Azawad.

At Mali’s request, France launched Operation Serval, a U.N.-sanctioned ground and air operation against Islamist militants, in January 2013. The plan was to oust the jihadists and prevent them from moving on to the capital, Bamako.

The U.N. deployed a peacekeeping mission, MINUSMA, and the French mission was succeeded in August 2014 by Operation Barkhane, a broader French anti-terror mission targeting Islamists in the Sahel, with a 3,000-strong force headquartered in Chad.

The Islamists were ousted, but not neutralized

Some key Islamist leaders were killed in Operation Serval, but others survived, fleeing across the vast desert to shelter.

“The French tried to monitor the region to make sure the Islamists will be prevented from further attacks,” says Marie Rodet, a senior lecturer in the history of Africa at SOAS, University of London.

“But some were able to escape and hide further north with local complicity.”

“The situation has been highly volatile this year,” says Rodet. “Virtually every month-and-a half, you have attacks in northern and central Mali on MINUSMA or Malian troops.” 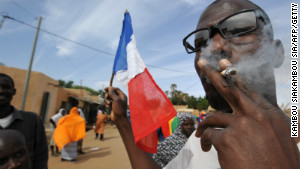 Then in June, three soldiers were killed in a jihadist attack on a village near Mauritania, and jihadists briefly seized a village called Fakola, near the Ivory Coast border, the next day, said Rodet. Malian authorities have also thwarted numerous plots by Ansar Dine and other Islamist groups, she said.

And in August, 12 people were killed when Islamist gunmen took hostages at a hotel in Sevare, 385 miles northeast of Bamako. Five foreigners were evacuated. A Malian military spokesman said the attackers were affiliated with the Macina Liberation Movement, an Islamist group.

There’s been a peace deal. Not everyone’s on board.

An Algerian-brokered deal, which allowed for greater autonomy in the country’s north, was signed in June by the so-called Coordination of Movements of Azawad (CMA), representing the Tuareg-led rebels.

But Rodet points out that this group is far from unified. “You have groups fighting one another within it,” she says, adding that individuals are also known to shift their affiliations between Tuareg and Islamist groups. 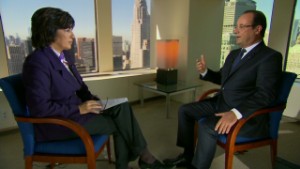 In recent days, Iyad Ag Ghaly, a longtime Tuareg separatist-turned-Islamist and now the leader of Ansar Dine, released an audio statement condemning the peace deal and those who had signed it, said Rodet.

Rodet said that Ag Ghaly had also made a statement in the past month threatening France, referring to the country as a Crusader and referencing the Charlie Hebdo attacks.

“It is unclear who is conducting the attack at the Radisson,” said Rodet. “But what is interesting is the timing, when we all have in mind the attacks of last week in Paris. They may have been preparing something and thought this is the perfect timing now.”