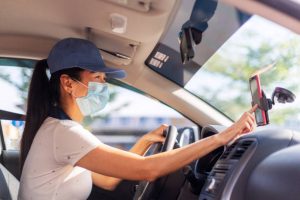 As lockdowns sweep four of Australia’s capital cities, government support is leaving some of Australia’s smallest and most vulnerable sole traders out in the cold.

This week, the New South Wales government announced grants of $5,000 and $10,000 for small businesses and sole traders hurt by two week of stay-at-home orders in Sydney and wider restrictions applied more broadly to the state.

To qualify, sole traders must demonstrate a hit to revenue of over 30% with the larger grants kicking in at the 50% mark. However, the rub is they must also have been turning over more than $75,000 a year, excluding many sole traders.

Raj, who did not want his surname published, is a rideshare driver who has watched work dry up as cases began rising in Sydney and won’t get a cent out of the state government package.

“Since Thursday last week when the outbreak occurred in the Eastern Suburbs, I have noticed a considerable decline in my daily earnings. This became worse [over the weekend] and since Monday I have only managed to earn $70 a day,” he told Business Insider Australia.

“How I am supposed to pay rent and provide food is beyond comprehension. It is now looking likely that the lockdown may be extended beyond 9 July and this will only make matters worse for thousands of sole traders who find themselves with no assistance from the government.”

Raj’s case shows how the latest support package has managed to overlook some of those with the greatest need.

“It’s actually the small low-income businesses under $75,000 turnover who would need such a financial assistance most under such challenging economic conditions,” Iraj Hossaini, another Sydney driver, said.

He points out that the threshold is arbitrary given that all drivers pay GST no matter how much they earn, unlike most sole traders who only do so after making $75,000.

“Rideshare and taxi drivers are required to pay GST from the very first dollar of their annual turnover unlike all other small businesses in this country, so why should we be excluded from this?”

Nor are drivers eligible for the $500 disaster payment from the federal government. Despite Greater Sydney being classified as a hotspot, rideshare work is still classed as essential meaning drivers can still technically keep working throughout the lockdown.

But given riders are nearly all staying home, it’s slim pickings for those with no other alternative.

“I only have enough cash to pay my rent this week and meet other expenses but beyond that, I am facing eviction with little means to pay for the necessities,” Raj said.

Raj, who is in his 60s, said that despite driving all day he is completing just four trips as he tries to earn what he can.

It’s a predicament one driver described as “terribly cruel”.

Musicians and performers swept up in lockdown

Rideshare drivers may have been served a particularly bad hand. But they are hardly alone, as many sole traders find themselves in a tough spot.

While there’s not a definitive guide available, ATO figures suggest as many as half of all self-employed Australians would earn under the $75,000 threshold and would be excluded from support payments.

Even excluding those who may have other sources of income, the data indicates there are a considerable number who have won’t be able to claim grants. The Australian Council of Trade Unions (ACTU) on Wednesday echoed that concern, claiming half of all Australians locked down had no access to government support.

The peak body slammed the federal payments, which only kick in in the second week of lockdowns, as “insufficient”, renewing calls for a new wage subsidy.

“Not only are the payments below the poverty line but they are not available at all during the first week of lockdown and they don’t guarantee workers connection to employment, unlike JobKeeper,” ACTU President Michele O’Neil said on Wednesday.

“Workers across four jurisdictions are currently in lockdown and have been abandoned. They have no support at all.”