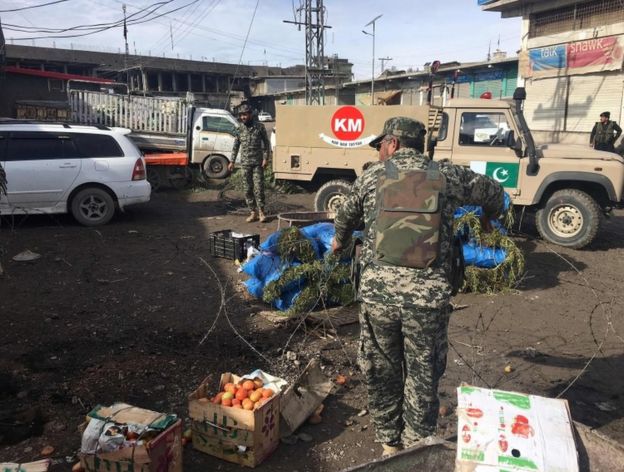 At least 20 people have been killed and 40 wounded after a bomb exploded at a vegetable market in northwest Pakistan.

The blast happened in the city of Parachinar, a mainly Shia Muslim area on the Afghan border.

The market was full of shoppers when the device exploded. Officials said the death toll was expected to rise.

A faction of the Pakistani Taliban (TTP) said it was behind the blast, adding its goal was “to avenge the killing of our associates”.

The group’s spokesman said it wanted to “teach a lesson to Shiites for their support for Bashar al-Assad,” referring to the Syrian president.

The spokesman warned that his Sunni Muslim group will continue attacking Shia Muslims if they back President Assad, whose regime is entrenched in a six-year civil war that has claimed more than 310,000 lives.

What caused the blast?

Varied reports have emerged about the cause of the explosion, with some blaming an improvised explosive device (IED) hidden in a vegetable box.

Other accounts suggested a suicide bomber was responsible.

Sabir Hussain, a doctor at Parachinar’s main hospital, told the Associated Press agency that 11 critically-wounded people were brought there, but died during treatment.

He said several others in a serious condition were being moved to other hospitals for better care.

Pakistan’s military said soldiers had cordoned off the bomb site, and that Army helicopters were sent to evacuate the injured.

Parachinar is the capital of the Kurram, one of Pakistan’s seven tribal districts.

These areas are governed according to local laws and customs, and are known for sectarian clashes between Sunni and Shia Muslim groups.

In December 2015, an IED blast at the same market killed at least 23 people and wounded more than 30.

Pakistan’s Prime Minister Nawaz Sharif has issued a statement expressing his grief over the latest loss of life.