Outrage, but not surprise over ‘affluenza’ teen on the lam

That’s what Kevin McConnell feels after learning that Ethan Couch — the teenager who killed four people and injured several others, including McConnell’s then 12-year-old son Lucas, while driving drunk on a Texas road — is on the lam. In the McConnells’ view, Couch was never held accountable. Not meeting with his probation officer and fleeing to points unknown, McConnell says, goes along with that.

“No surprises at all; there was a pattern,” Kevin McConnell said Friday. “Nothing is going to make an impact on this guy unless there’s something severe or certain.”

That’s why, in his victim impact statement in court in 2013, Lucas McConnell told Couch, “While I think we should do our best at forgiving, I believe if this situation is not handled with severity, you won’t take it seriously.” 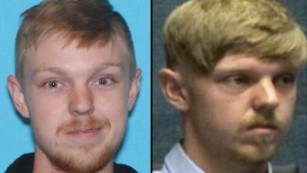 Couch’s lawyers had argued that the teen’s parents deserved much of the blame. They even called apsychologist who testified that Couch, who was 16 at the time, suffered from “affluenza” — meaning he was a rich kid whose parents didn’t set limits for him.

Tarrant County Juvenile Court Judge Jean Boyd decided against a long prison term, instead giving him 10 years probation and mandating that he get treatment. And instantly, there was outrage: How could someone kill and then avoid jail partly because he was spoiled? Would others who weren’t as wealthy have gotten the same treatment? And what confidence should anyone have that Couch or, for that matter, the parents who’d enabled him, will change?

While he thinks Couch’s fleeing — with his mother, authorities believe — jives with his character, Kevin McConnell still has a hard time understanding why a stiffer punishment wasn’t doled out.

“The scales (of justice) represent balance: There should be no entitling one way or the other, based on who you are or where you’re from?

“It’s hard for me to reconcile with my son or my other two sons… There’s no accountability.”

Lawyer: Judge ‘gave someone a chance’

On the night of June 15, 2013, Couch and some friends stole beer from a Walmart. They started drinking and then hit the road, with Couch behind the wheel.

That same evening, Hollie Boyles and her daughter Shelby left their home to help Breanna Mitchell, whose SUV had broken down by the side of a road. Brian Jennings, a youth pastor, was driving past and also stopped to help.

Couch plowed into them, killing them all. Several others suffered severe injuries, including two passengers thrown from the bed of Couch’s truck.

Three hours after the crash, tests showed that he had a blood-alcohol content of 0.24, three times the legal limit.

The question, then, wasn’t what Couch had done. It was what should be done with him next.

The “affluenza” testimony made national headlines, as did the Tarrant County judge’s ruling to give Couch probation rather than the 20 years behind bars requested by prosecutors. The teen was also ordered into long-term mental health treatment, away from his parents’ influence.

“It’s clear that she gave someone a chance that didn’t deserve it,” Todd Clement, a lawyer who represents Boyles and McConnell, said of the now retired judge. “And (that is) exactly what Lucas McConnell predicted.”

Move forward two years. Couch, now 18, is back living with his mother. And a video turns up on social media showing Couch at a party playing beer pong,  despite explicit instructions he stay away from alcohol.

When asked to confirm Couch’s attendance at the event, his attorneys Scott Brown and William Reagan Wynn told the network HLN they knew authorities were investigating whether their client violated his probation conditions.

“It would not be prudent for us to make any further statement on Ethan’s behalf until the investigations are concluded and it is determined what, if any, action will be taken against him,” the lawyers added.

At the time of his conviction, prosecutors said Couch could be incarcerated up to 10 years for violating his probation terms.

Joey Jackson, a criminal defense attorney and  legal analyst, thinks Couch’s lawyers might have had some success explaining the party video. Still, the fact the teen is now missing undermines any such argument and underscores others’ point that he’s never taken responsibility or paid the price.

“You’re given that opportunity, now take that opportunity as a second chance of a lease on your life because you took others’,” Jackson said. “… It doesn’t help to be on the lam, at all.”

In order to be punished, of course, Couch first must be found.

A warrant was issued for Couch after his probation officer couldn’t reach him this week. Since then, the FBI and U.S. Marshals have joined local authorities to hunt him down. A $5,000 reward was offered for information leading to the arrest of Couch.

In an interview Thursday with CNN’s “AC360,” Tarrant County Sheriff Dee Anderson worried that the teen and his mother could have fled the United States.

“They have the money. They have the ability to disappear,” he said. “And I’m fearing that they have gone a long way and may even be out of the country.”

Jackson believes the family’s considerable financial resources, and the prospect that an escape had been planned out, suggests “it may be a long time” before Couch is apprehended. Still, he thinks it will happen, as does fellow criminal defense lawyer and CNN analyst Danny Cevallos.

In the meantime, Couch’s disappearance means more heartache for the families of those he killed and fuels their belief, and that of others, that he should have gotten a stiffer sentence.

“‘Affluenza’ aside, Ethan Couch appears to show blatant disregard for the law, and he must be held accountable,” said Sheehey-Church, the head of Mothers Against Drunk Driving.

“The families impacted will never have their loved ones back; Ethan Couch must have consequences for his actions.”