A U.S. official said the drone strike occurred around 6 a.m. ET Saturday in a remote area of the Pakistan-Afghanistan border, southwest of the town of Ahmad Wal.
President Barack Obama said during his visit to Vietnam that the death of Mansour marks an “important milestone in our longstanding effort to bring peace and prosperity to Afghanistan.”
The President, who also confirmed Mansour’s death, added that it does not mark a “shift in our approach,” stressing that the United States is not reentering the day-to-day combat operations.
Mansour was the target of the strike, and a second adult male combatant traveling with him in a vehicle also was likely killed, the official said. 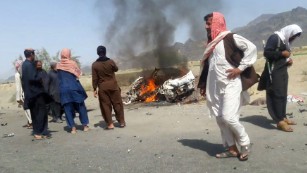 “Mansour played a key leadership role in not only orchestrating the Taliban but orchestrating a variety of other organizations to include the Haqqani Network and al Qaeda who were perpetrating operations against not only U.S. forces but coalition forces and Afghan forces for a long period of time,” Gen. Joseph Votel of U.S. Central Command said at a news conference in Amman, Jordan.
“He’s an individual who has been in that structure for a long time. I’m glad he’s gone.”
U.S. Secretary of State John Kerry said Mansour “was directly opposed to peace negotiations.”
“This action sends a clear message to the world that we will continue to stand with our Afghan partners as they work to build a more stable, united, secure and prosperous Afghanistan,” Kerry said at a news conference in Myanmar. “It is time for Afghans to stop fighting and to start building a real future together.”
The United States notified Pakistan’s government of the strike, Kerry said. 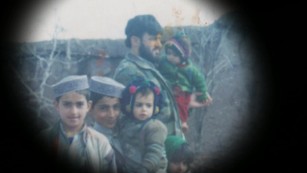 Afghan boy’s journey to escape becoming a Taliban fighter 03:13
“We have had longstanding conversations with Pakistan and Afghanistan about this objective with respect to Mullah Mansour, and both countries’ leaders were notified of the airstrike,” he said. “And it is important for people to understand that Mullah Mansour, as I said a moment ago, has been actively involved in planning attacks in Kabul, across Afghanistan, presenting a threat to Afghan civilians and to the coalition forces that are there.”

Pakistan: Strike a violation of sovereignty

Pakistani officials said they learned of the strike after it was carried out.
“While further investigations are being carried out, Pakistan wishes to once again state that the drone attack was a violation of its sovereignty, an issue which has been raised with the United States in the past as well,” said a statement from Pakistan’s Ministry of Foreign Affairs.
On Sunday, a senior Pakistani official told the media that the strike on Mansour surprised his country.
The United States, Pakistan, Afghanistan and China have been working on a reconciliation process, and the official said there was an “understanding that (the) Taliban would not be targeted. The last meeting last week of this group the countries again issued a statement about pursuing a political settlement. So we aren’t clear what led to the targeting of Mansour.”
But the official would not say the strike was a violation of that understanding between the four countries.
Drone strikes are considered a violation of Pakistani sovereignty, but the official said Pakistan and the United States have “good cooperation” on military and intelligence. The official noted U.S. Gen. John Nicholson talked directly with Pakistan Army Chief of Staff Gen. Raheel Sharif, and Kerry called Pakistani Prime Minister Nawaz Sharif. When asked whether the attack hurt that cooperation, the official said no.
Afghan officials also confirmed the killing.
Abdullah Abdullah, Afghanistan’s chief executive, tweeted that Mansour was the victim of a drone strike that targeted his car in the Dahl Bandin area of Quetta in Pakistan.
The strike was carried out by multiple unmanned aircraft operated by U.S. Special Operations forces. There was no collateral damage, the first U.S. official added.
President Barack Obama authorized the strike.

The Pentagon confirmed the strike, saying Mansour had been “actively involved with planning attacks against facilities in Kabul and across Afghanistan, presenting a threat to Afghan civilians and security forces, our personnel and coalition partners.”
“Mansour has been an obstacle to peace and reconciliation between the government of Afghanistan and the Taliban, prohibiting Taliban leaders from participating in peace talks with the Afghan government that could lead to an end to the conflict,” Pentagon press secretary Peter Cook said in a statement.
Sen. Lindsey Graham of South Carolina, one of the more hawkish Republicans in the Senate, welcomed the news and urged Obama not to withdraw troops from Afghanistan “until conditions on the ground permit their withdrawal.”
“I’m glad to hear we decided to bring the leader of the Afghan Taliban, Mullah Akhtar Mansour, to justice. Mansour has terrorized the Afghan people as well as coalition forces,” Graham said in a statement. “I appreciate President Obama for authorizing the attack. And job well done to the members of our military and intelligence communities who carried out the mission.”
Peter Bergen: Big security decision facing the next president
Sen. Bob Corker, a Tennessee Republican and chairman of the Senate Foreign Relations Committee, said, “If verified, the death of Taliban leader Mullah Akhtar Mansour would be an important victory in the fight against terror and welcome news to our military personnel in Afghanistan and the Afghan government.”
Analysis: Afghanistan must recognize Taliban are winning

Rise through the ranks 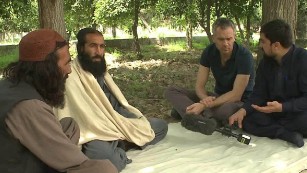