The camps were located in the Bulajilin and Manawashe villages on the edge of Sambisa Forest. 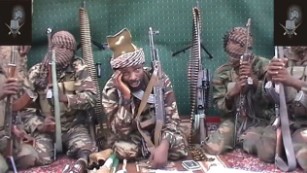 The government gave no indication whether any of those rescued Tuesday were among the hundreds of girls kidnapped in Chibok, Nigeria, in April 2014, who inspired the “Bring Back Our Girls” campaign.

Boko Haram is a militant Islamic group working out of Nigeria whose purpose is to institute Sharia, or Islamic law. The group has robbed banks, kidnapped many people, including children, and attacked police stations.

“We shall continue to decisively deal with Boko Haram terrorists until they are defeated,” it read, asking that residents cooperate with the military and security agencies.

This wasn’t the first successful operation the Nigerians have conducted against Boko Haram that freed hostages. In September the Nigerian military rescued 241women and children in a raid on two camps controlled by Boko Haram, the military reported. That mission unfolded in the villages of Jangurori and Bulatori.

Forty-three militants who belonged to the terrorist group were arrested, the military said, including a senior leader in the organization.