Reporters asked Barcelona’s Neymar which former and current world stars he would combine to create this “ultimate football player.” 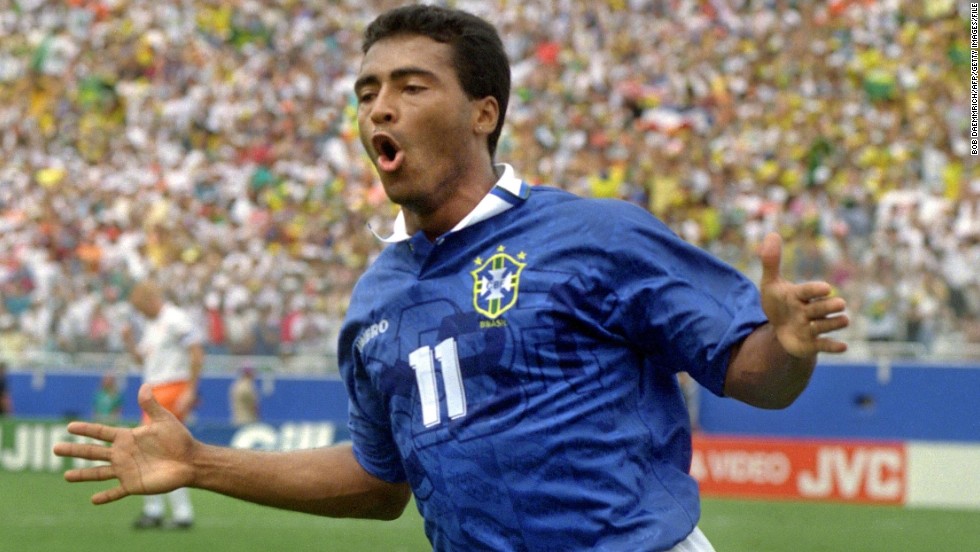 Neymar is a big admirer of former Brazil striker Romario.
Romario scored 53 goals in 82 games for Barcelona after arriving from PSV Eindhoven in 1993.
He also helped Brazil win the 1994 World Cup and was one of the most talented forwards of his generation.
Neymar’s verdict: “Romario had the best first touch and the best pass to score a goal.” 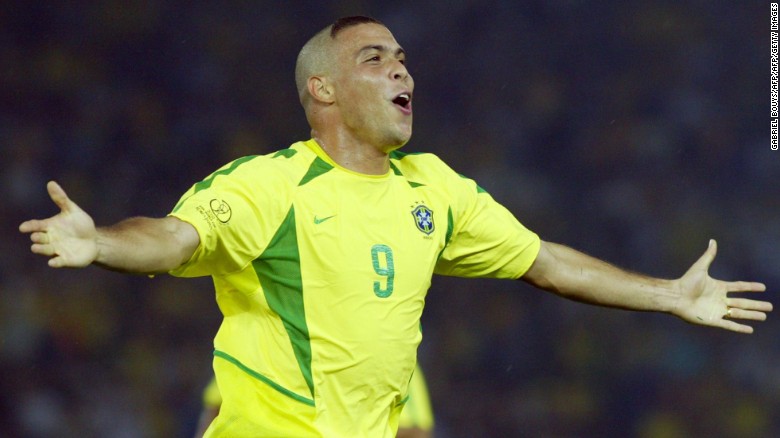 Ronaldo scored 62 goals in 98 games for Brazil.
Brazil international Ronaldo, nicknamed “Il Fenomeno,” scored an astonishing 47 goals in 51 games for Barcelona during the 1996-97 season after signing from PSV Eindhoven.
He won the European Cup Winners’ Cup, Copa del Rey and Spanish Super Cup in his sole campaign at the Camp Nou before leaving for Inter Milan.
From 2002-2007, he played for Real Madrid, scoring 104 goals in 177 appearances. He also won the 2002 World Cup.
Neymar’s verdict: “I’d go with Ronaldo’s strength for his burst, his strength to decide games, his speed, everything.” 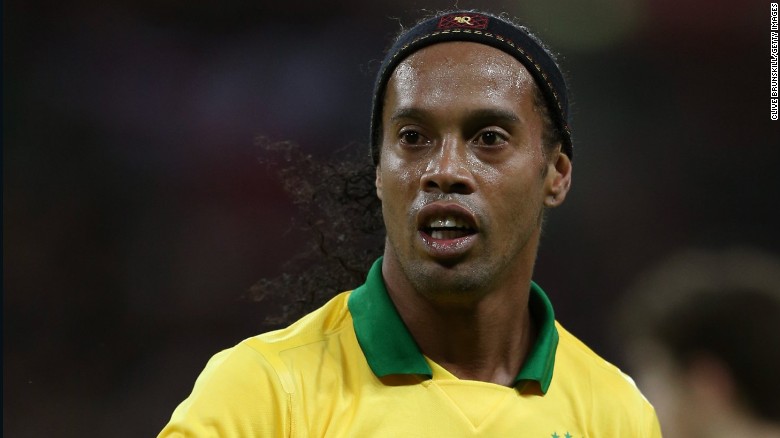 Like Ronaldo, Ronaldinho was also a FIFA world player of the year.
Ronaldinho scored 110 goals in 250 appearances for Barcelona — many of them spectacular strikes.
During his time at the club between 2003-08, Barca won the UEFA Champions League, two La Liga titles and two Spanish Super Cups. He also won the 2002 World Cup with Brazil.
One of the most exciting players to have worn the Barcelona shirt, he went on to play for AC Milan before returning to his homeland.
Neymar’s verdict: “He had vision and the ability to pick out key passes which were almost impossible.” 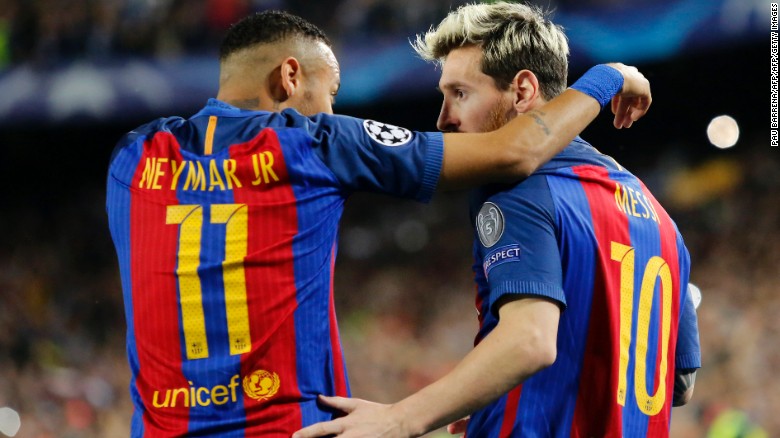 Neymar plays alongside Messi for Barcelona.
Five-time FIFA world player of the year Lionel Messi has broken record after record with his mesmerizing ball control and lethal finishing.
One of the greatest to have played the game, the Argentina star has redefined football with his goalscoring exploits.
READ: Neymar’s Brazil thrashes Messi’s Argentina
He, Neymar and Luis Suarez make up Barca’s fabled “MSN” South American attacking trio — they scored 131 goals between them in all competitions last season.
Neymar’s verdict: “Messi has the best technique in the world.” 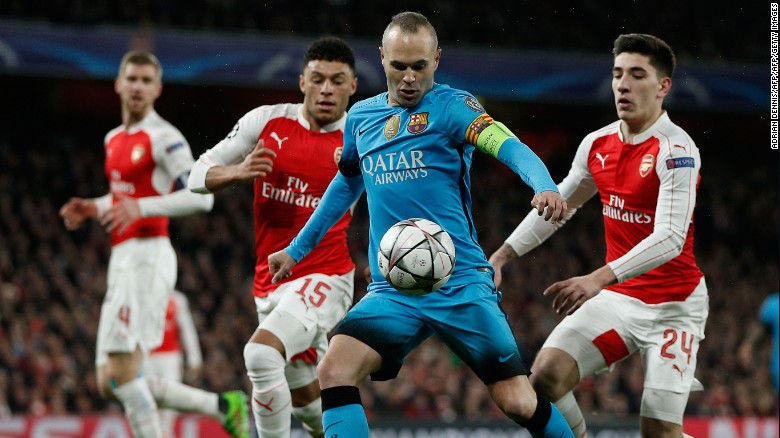 Andres Iniesta is widely recognized as one of the modern game’s greatest midfielders.
Few players have been as dominant — and admired — in world football as Andres Iniesta.
The man whose goal won Spain the 2010 World Cup has excelled since making his debut for Barcelona in 2002.
After joining the club as a 12-year-old and graduating through the famed La Masia Academy, the four-time Champions League winner has made sure his name will go down in history.
Neymar’s verdict: “He’s a genuine, calm person who’s a natural player on the pitch.” 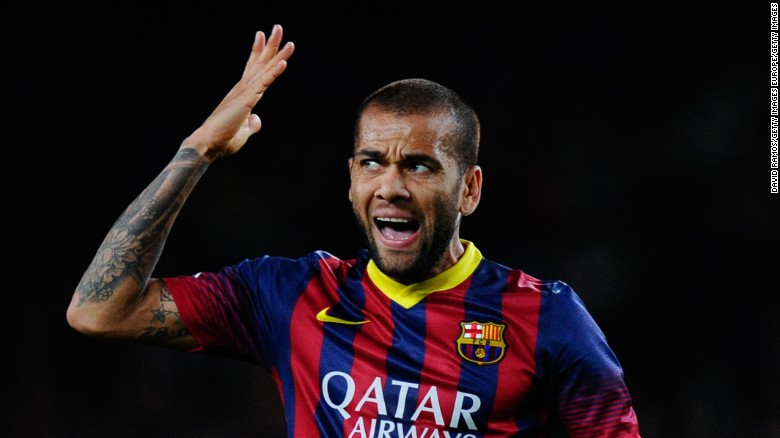 Dani Alves is the man who makes Neymar laugh the most.
Dani Alves, who played with Neymar for Brazil and Barcelona, won 23 trophies during his eight years at Camp Nou. 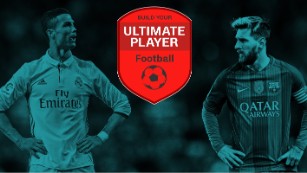 Build your ultimate player
After joining in 2008, he went on to win three Champions League titles and six La Liga crowns before moving to Juventus.
Visit cnn.com/football for more news and videos
One of the most adventurous and exciting right-backs in world football, Alves also has style off the field — and is more than happy to show it on social media.
Neymar’s verdict: “I think he’s a spontaneous, happy guy.”