“Officially, you do not exist.” That’s the alarming title of a new report published by Amnesty International alleging human rights violations occurring in Egypt.

Activists say people are being detained without access to family or a lawyer, and held incommunicado without formal charges or a trial. They call it “enforced disappearances,” and in the first five months of 2016 alone, a suspected 630 of these have already been documented, Amnesty says.
That amounts to an average of four or five people each day since 2015, according to the group. Half of these may never resurface.
The 71-page report describes harrowing accounts of torture carried out by state agents. Some victims say they have been subjected to electrocution, blindfolding, beating, suspension by their arms and legs, and sexual abuse including rape. Some of those taken are children as young as 14-years old, the report alleges. 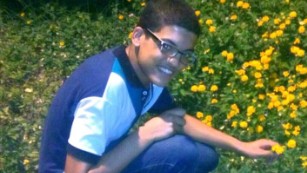 Aser Mohamed.
CNN interviewed the sister of 14-year-old Aser Mohamed, who was subjected to enforced disappearance. She alleged that Aser, who was arrested without a warrant, had experienced irreversible physical and mental suffering.
“He had severe electric shock wounds on his lips, head, arms and chest,” his sister said. “They showed no mercy for the fact that he was only 14 years of age and even hung him by the wrists for a whole day till his arms gave in and dislocated.”
Aser was originally taken away by officers who said they would question him for only a couple of hours. His family told Amnesty they had no contact with him, or news of his whereabouts, for the next 34 days.
He was first summoned before a judge seven months later on July 12th, but the hearing was postponed due to his absence in court.
Aser is currently locked up awaiting his new court hearing next month. As the authorities decide when he is allowed to attend court, this may also be postponed due to his absence.

‘All cases are prosecuted’

Enforced disappearances are illegal in Egypt, and the Egyptian government says all cases are prosecuted. Authorities are required to refer arrested persons to the Public Prosecution within 24 hours of detention.
2016-07-24
admin