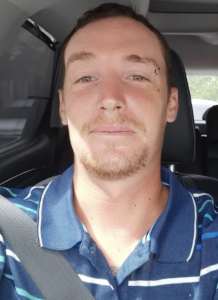 By: Sally Rawsthorne and Daniella White

Charlise Mutten has been found dead inside a barrel near the Colo River, and her stepfather has been charged with her murder following the child’s disappearance from the Blue Mountains last week.

Justin Stein, 31, was arrested at Riley Street, Surry Hills, about 8.30pm on Tuesday.

He was taken to Surry Hills police station and charged with murder after declining to be formally interviewed by investigators.

Following an alleged failed attempt to launch a boat in Sydney, Mr Stein was tracked by police from the dock to the Colo River, where Charlise’s remains were found inside a barrel on Tuesday evening.

“Those movements included … to fuel a boat and then to try and float that on one of the docks on Sydney Harbour … then tracking that individual back to the location [where the body was found],” Deputy Commissioner Dave Hudson said on Wednesday.

He said police used a combination of CCTV footage and GPS tracking to follow the movements of the accused.

Inconsistencies in Mr Stein’s version of events in two separate police interviews before he was arrested caused police to be suspicious, Deputy Commissioner Hudson said.

Detectives hope to speak soon to the girl’s mother, who has been in hospital since the search began last Friday, he said.

“What we are sure of is that the accused is responsible for first placing her in the barrel and then disposing of that barrel,” Deputy Commissioner Hudson said.

His lawyer asked for him to be held in solitary confinement in prison because he fears for his safety. Magistrate Robin Williams refused to make the order, saying that was up to Corrective Services.

Police prosecutor Liam Edwards asked for additional time before the court returned, citing the “complexities of this matter [and] the evidence gathered” by the police.

Mr Stein will return to court in March.

The nine-year-old primary school student was on holiday at Mr Stein’s remote Mount Wilson family property, Wildenstein. She was visiting from Queensland, where she resided with her grandmother.

A large-scale search was mounted in the Blue Mountains over the weekend, which ended on Tuesday evening when police found the body of a child in a barrel near the Colo River.

“With the assistance of the police divers, Hawkesbury Police Area Command, public order and riot squad, operational support group and Police Rescue squad, the body of a child was located in a barrel. The body is yet to be formally identified,” police said in a statement on Wednesday morning.

“A crime scene was established and is being examined by specialist forensic officers.”

Charlise’s biological father vowed to “get answers” in an emotional Facebook post after her body was found.

“Goodbye you beautiful little girl. I love you so much, I miss you every day,” he wrote.

“You have captured the hearts of the nation and the world and now those hearts are breaking, with mine. This doesn’t happen. Kids need to be safe. What is wrong with you people.

We will get the answers for you baby, and we will honour you properly.”

Charlise’s school uploaded on Facebook a photo of her receiving an award for achievement in literacy from her last days of term before Christmas.

“We are absolutely devastated to hear this morning’s news. Our hearts go out to her family, we cannot begin to imagine the distress they must feel. [The girl] was a much loved member of our school who brightened all our days, every day,” the school wrote.

A candlelight vigil will be held for the girl at the school on Wednesday night.

Police have referred the matter to the coroner to determine the cause of death. Charlise’s body is now in the morgue.

Wildenstein, the last place the little girl was seen alive, is the home of “Wildenstein Weddings – some of Australia’s most breathtaking & memorable events”, according to its Instagram profile.

The homestead, owned by Mr Stein’s parents, was previously used as a family weekender before being converted into a wedding venue. AFL star Lance “Buddy” Franklin and Jesinta Campbell were married there, as was Sky News reporter Julie Snook.

Mr Stein will be taken to Silverwater Prison, where he will spend 14 days in quarantine due to the COVID-19 pandemic. He will remain behind bars until his next court appearance.