There were no immediate reports of casualties in the Green Zone, which houses government buildings and foreign embassies in Baghdad.

Police fired tear gas. At least 200 people are reported to be hurt.

The protesters, mostly supporters of the Shia cleric Moqtada al-Sadr, want changes to the electoral commission that oversees elections

They say the commission is not independent because all its members are linked to political parties.

Pro-Sadr protesters have entered the Green Zone during previous protests.

It is not clear who fired the missiles into the area on Saturday.

However, military officials said several Katyusha-style rockets seem to have been fired from the eastern district of Baladiyat, where Sadr is reported to have a lot of followers. 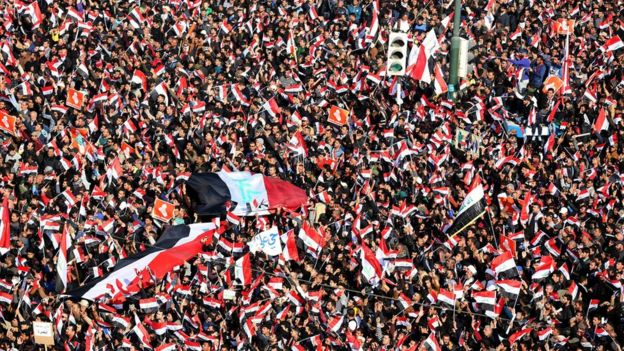