Australia’s minimum wage to increase by almost $20 a week 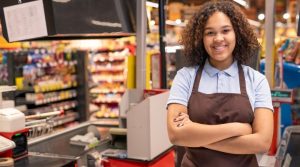 Australia’s minimum wage will go up by almost $20 a week after the independent umpire decided that the economy had improved dramatically.

About 2.5 million workers will get a raise because of the decision, which treads a middle line between the divergent requests of unions that had wanted a bigger rise and business groups that had demanded less.

Iain Ross, the president of the Fair Work Commission, said the decision recognised how much the economy had recovered from the doldrums of the coronavirus but recognised there were still risks from further outbreaks, worse hit countries abroad, and the pace of the vaccine rollout.

“The broad consensus is that the performance of the economy has exceeded expectations and the economic recovery is well underway,” Justice Ross said.

However, the wage rise, which normally happens at the start of July, will be delayed for some industries that have suffered from the coronavirus more than most. Retail staff will get a raise in September. Aviation and tourism will wait until November.

Industry minimums set in lockstep with the minimum, which apply to more than 2 million people, will go up by 2.5 per cent.

Unions had asked for 3.5 per cent while most business bodies said they would not like anything above 1.1 per cent, which was the rate of inflation recently.

Australian Council of Trade Unions secretary Sally McManus claimed the 2.5 per cent rise as a win for the unions but said it would not keep pace with projected price rises for some household staples like rent. She also slammed the decision to delay the increase for some sectors.

“We are very disappointed they have decided to delay those increases, in particular for retail workers,” Ms McManus said. “Retail workers are essential workers who worked all the way through the pandemic, some of those workers work for very profitable companies and had record profits during the pandemic. There is no reason, in fact it is unfair, to delay those increases.”

Business lobby boss Jenny Lambert said the decision was bad for businesses, noting about a third of people affected work for businesses in retail, food and accommodation.

“This is a bitter pill to swallow for the approximately 230,000 small and family-owned businesses which dominate these particular sectors. Australians who have managed to battle on through, keep their business afloat and keep people in work now face a highly risky hike in wages – always their biggest cost,” said Ms Lambert, the acting chief executive of the Australian Chamber of Commerce and Industry.

Labor’s industrial relations spokesman Tony Burke blamed the government for the figure, saying it should’ve been higher. The government had spruiked the positive economy but also suggested some caution.