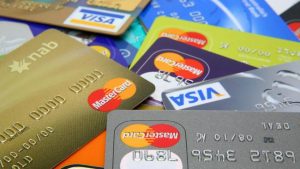 While Australia’s national net debt has blown out by 40 per cent to $703 billion thanks largely to the pandemic, it seems regular folks around the country have taken a more prudent approach, reducing their collective credit card bill by more than $7 billion over the same period.

According to the latest data from the Reserve Bank of Australia, the total value of personal credit card debt accruing interest was $20.08 billion at September, down from $27.39 billion in January.

The number of credit card accounts dropped from 13.78 million in January to 12.99 million in September, while the number of transactions fell from 238 million to 227 million. Seventy thousand accounts were cancelled in the month from August to September alone.

“The pandemic has been a time for saving,” says Steve Mickenbecker of financial comparison website Canstar, having crunched the RBA numbers.

“With fewer spending opportunities, Australians are pulling the plastic out of pockets less frequently and paying off credit card debt.”

When the tax cuts announced in the October federal budget come into effect, Mickenbecker reckons we will see a further spike in debt reductions as Australians use the capital gains to smooth their financial positions.

Financial adviser Adele Martin of Firefly Wealth points out that is exactly what the federal government doesn’t want people to do with the money, given its hopes of a spending spree stimulating the economy amid the virus-induced recession.

But that doesn’t mean it is not the right thing to do, she says.

“The government probably want you spending your money in the economy, not paying down debt,” she says. “But credit cards are a nasty debt because of the ridiculously high interest rates.”

She reflects on a client of her My Money Buddy savings program, who recently realised that her 24 per cent interest rate on a $12,500 credit card debt would take 48 years to repay by only making the minimum repayment — resulting in a $55,000 windfall for the lender.