Rioting inmates in Brazil decapitated and brutally assaulted their 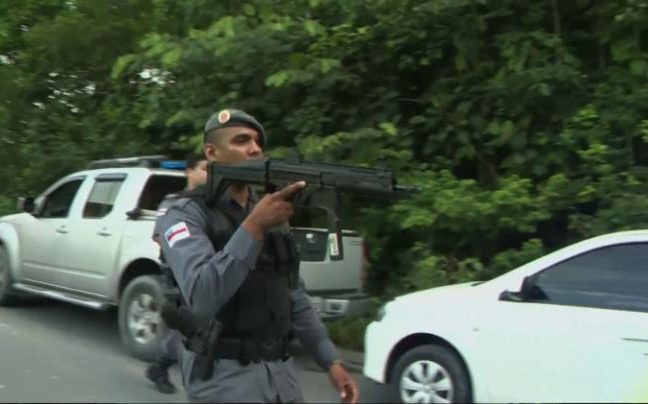 rivals, killing at least 60, when fighting erupted between two gangs at a prison in the Amazon region, officials said on Monday.

The 17-hour riot broke out Sunday afternoon and lasted through the night at a prison on the outskirts of Manaus, the capital of Amazonas state, said state public security secretary Sergio Fontes.

He called it “the biggest massacre” ever committed at a prison in the state.

Police were only able to restore order on Monday morning, freeing 12 guards who had been taken hostage, he said.

They found a horrific scene inside the Anisio Jobim correctional center.

“Many (victims) were decapitated, and they all suffered a lot of violence,” Fontes told a press conference.

He said the gruesome scene appeared aimed at sending a message from the Family of the North (FDN), a powerful local gang, to rivals from the First Capital Command (PCC), one of Brazil’s largest gangs, whose base is in Sao Paulo, some 2,700 kilometres (1,650 miles) to the southeast.

“During the negotiations (to end the riot), the prisoners had almost no demands. Their only request was not to be mistreated by the police when they came in,” Fontes told local radio network Tiradentes.

“We think they had already done what they wanted: kill members of the rival organization and get a guarantee that they would not be beaten by the police. The FDN massacred suspected members of the PCC and other rivals.”

Authorities have counted 60 bodies so far, all of them inmates, the head of the state’s prisons administration, Pedro Florencio, told journalists.