Terrorism, human trafficking, and corruption are creating a more dangerous continent, which in turn is preventing better governance, a new report revealed.

The results of the 2016 Ibrahim Index of African Governance, published by the Mo Ibrahim Foundation, show that two thirds of Africans live in a country where safety and rule of law has deteriorated over the past decade, greatly impacting overall governance in Africa. According to the report 5 countries have declined ‘quite substantially,’ and almost half the countries on the continent recorded their worst score ever within the last three years.
The annual report provides a analysis of governance on the continent and is described on the foundation website as ‘the most comprehensive collection of data on governance in the region.’

The report reveals that Libya, Central African Republic and Burundi are the countries that have witnessed the highest rate of decline, however, six countries in the top ten high scoring countries, have also seen a decline, including the continents largest economic power; South Africa
“…As our Index reveals, the decline in safety and rule of law is the biggest issue facing the continent today,” Mo Ibrahim, the Chair of the Mo Ibrahim Foundation said in a statement.
“Sound governance and wise leadership are fundamental to tackling this challenge, sustaining recent progress and ensuring that Africa’s future is bright.” 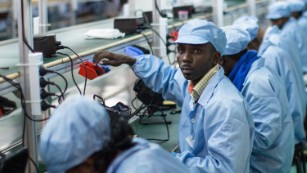 The top 10 things Africans most worry about

Overall governance on the continent has improved by one point over the decade according to the report, 37 countries recorded an improvement, with Cote d’Ivoire witnessing the most.
Worryingly, freedom of expression has also deteriorated with two thirds of countries, representing 67% of the African population, witnessing a decline in freedom of expression with Kenya displaying the biggest slump.
Freedom of Association and Assembly also recorded a decline, affecting even high scoring countries like Mauritius and South Africa. 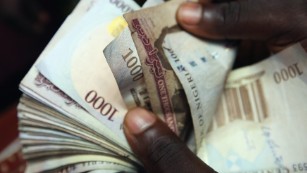 Africa is no longer ‘poor’, but differences remain

However, the report isn’t all doom and gloom
The human development category outperformed all others, with 43 countries registering progress.
The impact of technology also contributed to the marked improvement of the sub-category, infrastructure. Digital and IT infrastructure was the most improved of all 95 indicators.