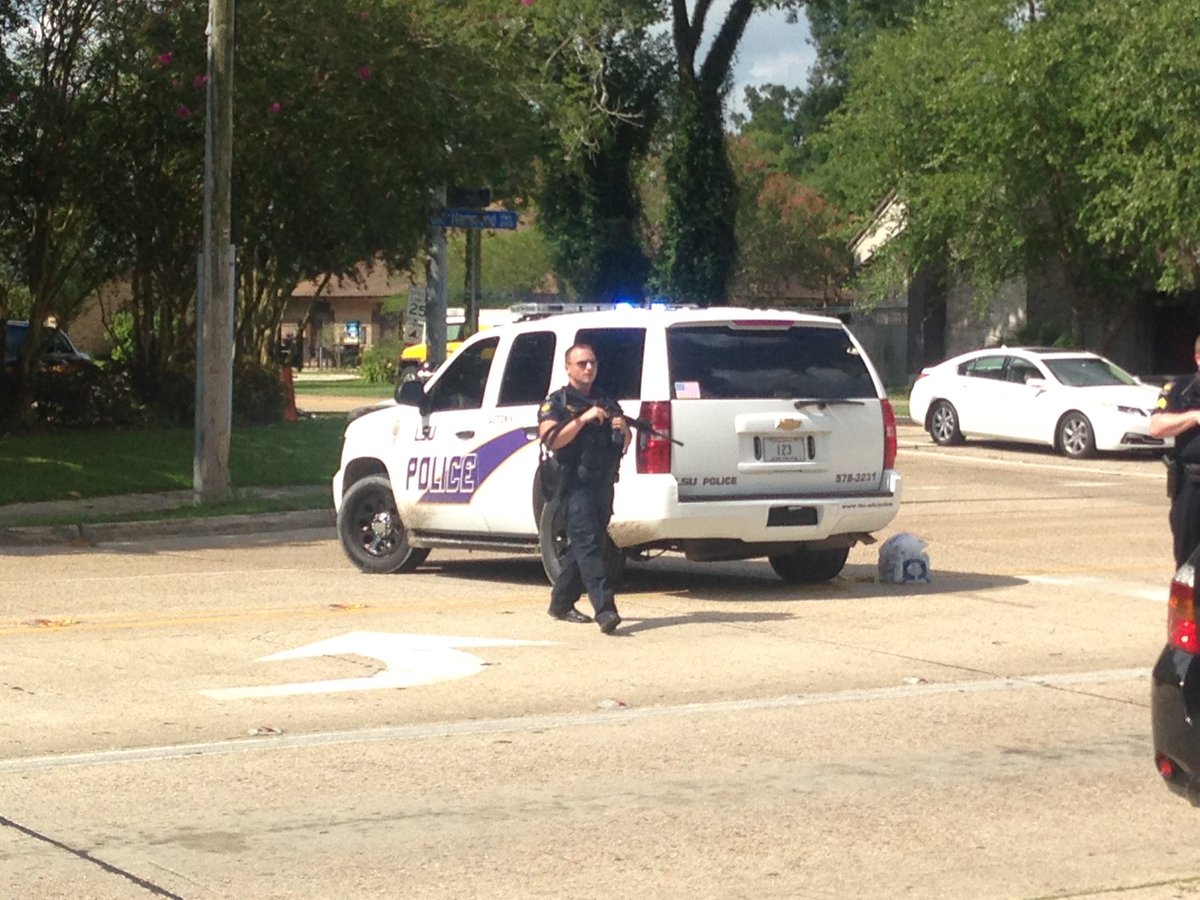 — One suspect is dead, and two others may be at large in the Baton Rouge shooting, the East Baton Rouge sheriff’s office said.
— Six law enforcement officers were shot — three are dead and three others are injured, Baton Rouge Police Department spokesman Sgt. Don Coppola told the media.
— No motive has been identified at this time.
FULL STORY
Three officers were killed and three others wounded in a shooting in Baton Rouge that officials think were carried out by multiple gunmen.
Police received a call of “suspicious person walking down Airline Highway with an assault rifle,” a source with knowledge of the investigation . When police arrived, the shooting began.
Three officers died; the other were hospitalized in critical condition.
The victims were from Baton Rouge Police Department as well as East Baton Rouge Parish Sheriff’s Office, another official said.
“This is an unspeakable and unjustified attack on all of us at a time when we need unity and healing,” Louisiana Gov. John Bel Edwards said.
Since the shooting death of Alton Sterling by Baton Rouge police earlier this month, the department has worried about credible threats against officers.
It’s been an emotionally charged few days across the country because of the protests stemming from the Alton Sterling shooting, and the ambush on Dallas police officers where a sniper killed five officers.